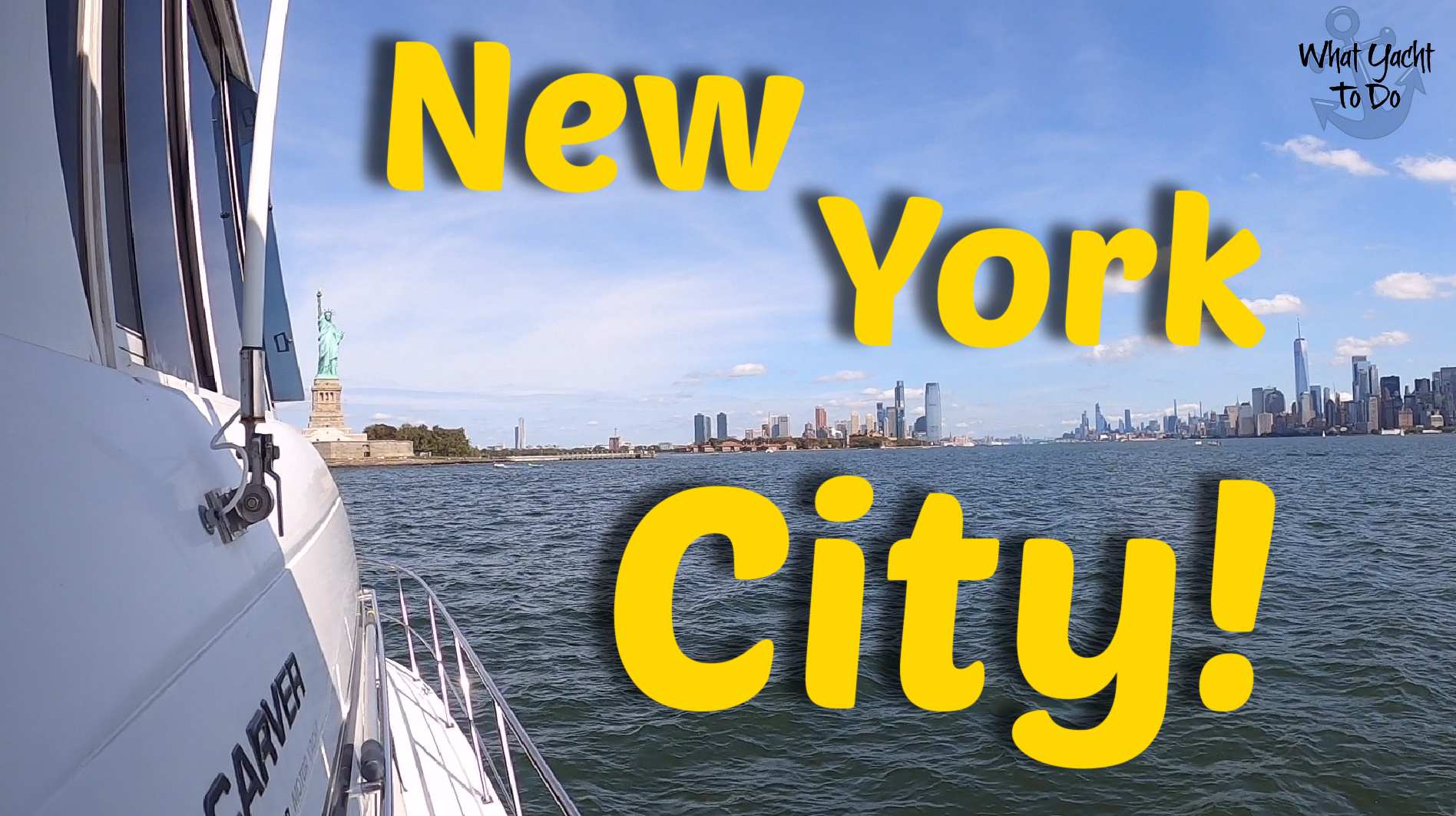 On September 7, 2020, we hit for the second time, one of the greatest hotspots on the entire Great Loop!

We cruised in the New York Harbor right next to the Statue of Liberty.

The first time through we had cloudy skies and terrible weather.

But this time, it was perfect.

The first time around while we were on our gold loop, we were so new but Sam did a really smart thing and found a buddy boat so we could take each others picture in front of the statue.

That worked out really well.

Here is the blog post that I wrote about that day.

And here is the video that we recorded about that day. You’ll have to forgive us, we were still getting used to the idea of having a YouTube channel so it was back in our talking heads days.

The second time around, yes, the weather was a whole lot better but we did not have a buddy boat.

No one to take our picture.

Find out what Sam did here.

We had planned to stay right by the Statue of Liberty but if you saw our video, you know why we didn’t.

We ended up moving on to the same marina that we stayed at the first time through, Half Moon Bay Marina in Croton on Hudson, NY.

This was such a fun day and we know that you will enjoy going through here on your Great Loop adventure.

If you have already been here, did you get the “money” shot? Your boat in front of the Statue of Liberty?