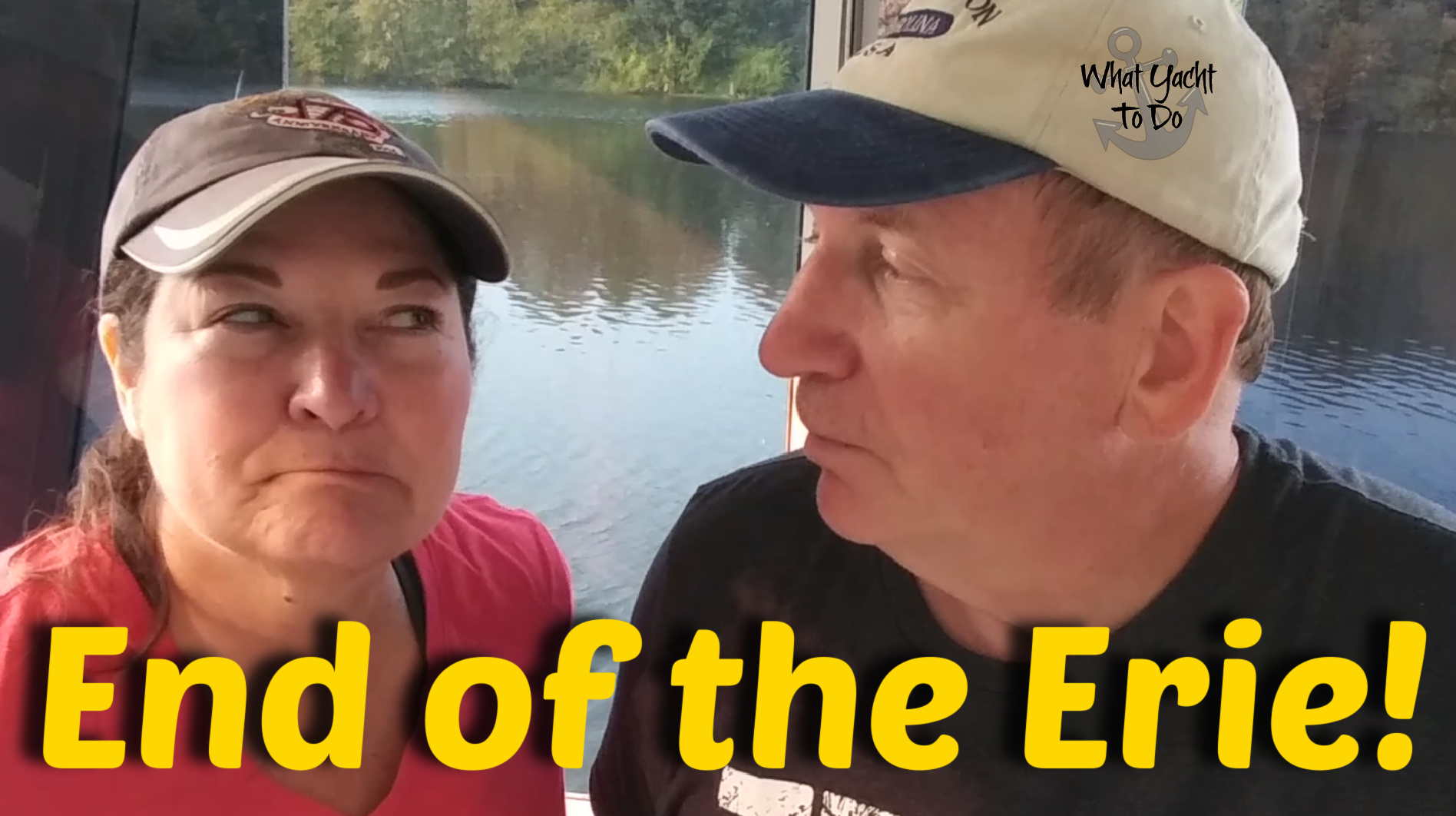 On September 26, 2020, the crew of the Here’s To Us!! cruised from Brewerton, New York to Fulton, New York. We stayed on a free wall next to the town of Fulton. We went through the last lock on the Erie Canal (Lock 23) and then started on the Oswego Canal (Locks 1 and 2).

The last time we were in this area of the Great Loop, we cruised from Winter Harbor in Brewerton, New York to Clay, New York and left our boat at Pirates’ Cove Marina for a month.

We hadn’t stayed at Fulton, New York before and to be honest, most people that we spoke to recommended that we cruise on by because there is nothing there.

We found a lot plus a five star restaurant. What a nice surprise!

You can hear all about it here.

It was a little sad leaving the Erie Canal.

That is definitely one of the bright spots of traveling on the Great Loop.

But, we gotta be moving on!