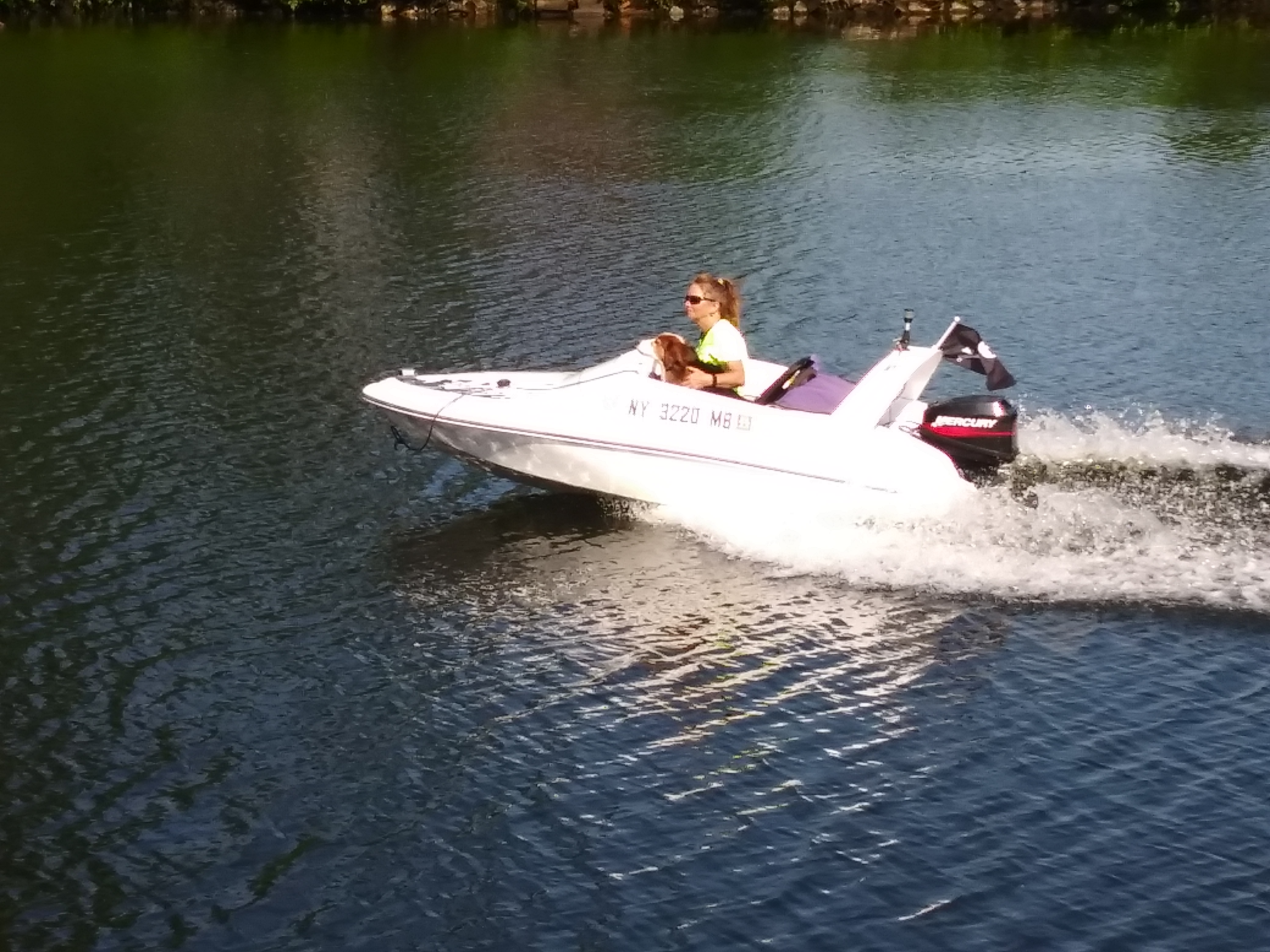 After taking a month off to fly back to Texas and then get some boat repairs done, we finally left Pirates Cove Marina in Clay, NY.

But every decision seemed like a big deal again.

Pulling away from the dock.

Which line did I take off first to leave the dock?

Was it one of the side lines?

Was it the bow?

Did I lose a lot of important brain cells over the month???

We couldn’t have asked for better weather.

Patti and her dog were out there directing us on which way to go.

We headed down the Oswego River and knew we had to go through Locks 1-8 to get to our destination of Oswego, NY.

To my delight, there is no Lock 4 so we only had to do seven down locks!

I know it’s weird to get excited about one less lock but here I am. Doing just that.

The trip up the Oswego Canal was beautiful and peaceful and when we weren’t constantly being reminded of what we had forgotten to do, that peace reminded us of why we are doing the loop in the first place.

We do have checklists, but we were still rusty.

We were heading north so they were all locks that would take us down to a lower elevation.

After we exited Lock 8, we called to confirm our slip assignment from Oswego Marina.

Assessing the wind, which was a direct crosswind of 15 knots, Sam decided to go bow in.

We tied up on the port side and got settled in.

With that crazy wind, it was a really nice day to have both bow and stern thrusters.