#18 Trenton, ON to Frankford, ON Canada 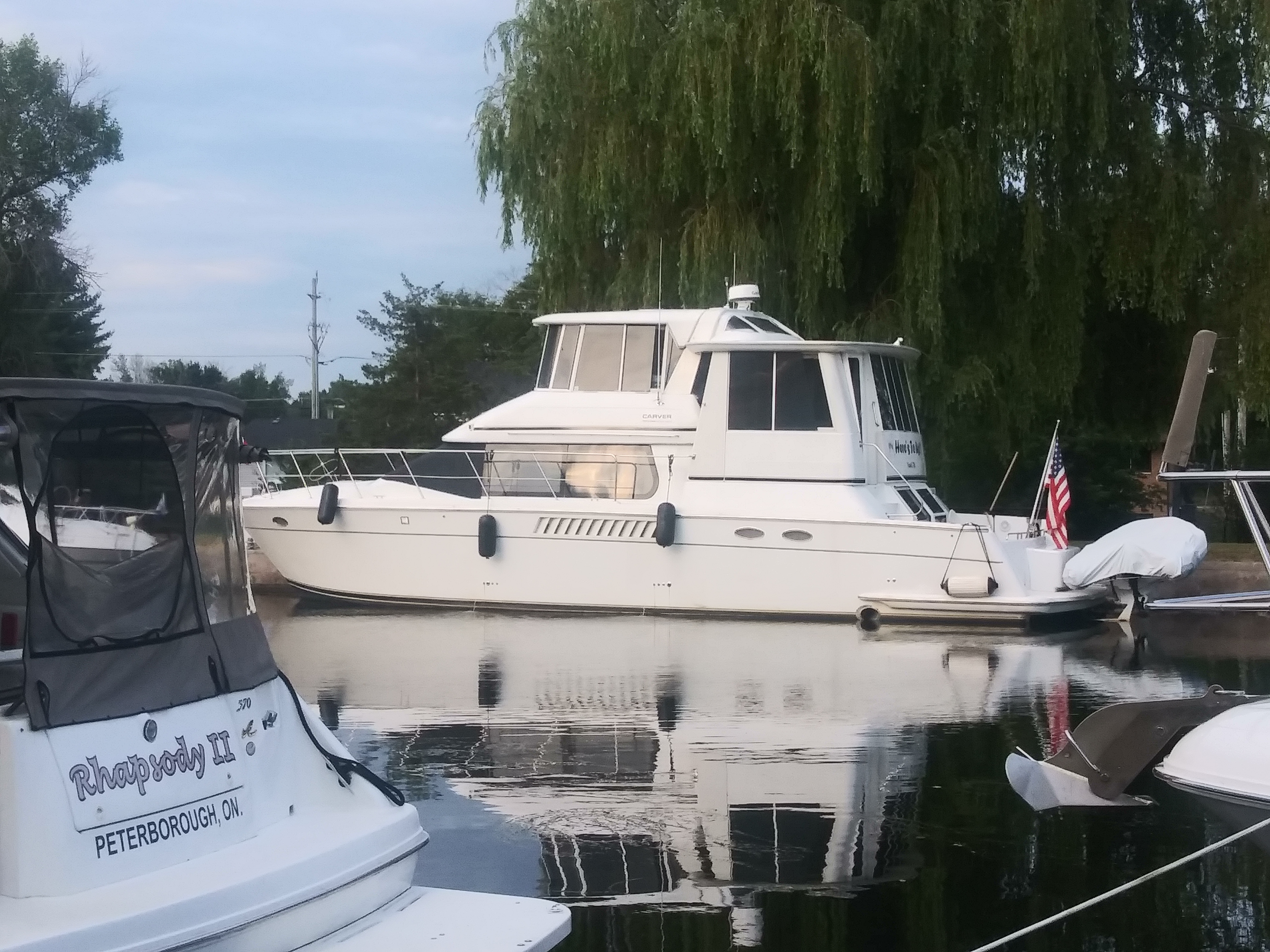 We decided to leave the town of Trenton and begin the Trent Severen Waterway.

After a steak and egg and mimosa breakfast to celebrate our 23rd anniversary, we left the Trent Port Marina.

I think they wanted us to go slow.

What do you think?

After several really hot and humid days in Trenton, we finally got a break with a cool and cloudy morning.

We got a few sprinkles but nothing more than that.

The good news is it felt like we were the only ones out there.

There was not much traffic at all.

It was also the reason that we were able to go through all six locks by ourselves.

Being the only boat in a lock decreases stress since the worry of crashing into another boat isn’t even a factor.

So we started the Trent Severen Waterway and decided to go through six locks and then tie up at the Frankford lock.

I was really nervous again for some reason about doing these locks.

I’m really not a fan.

These are manual locks so the staff has to turn giant cranks to open or close the wall.

Speaking of staff, they hang out at the wall and visit with boats going through.

Where the Erie Canal lockmasters are usually alone working the controls, there are three to four staff working the Trent Severen locks.

All six locks had cables/stiff black rubber hose secured at both the top and bottom of the wall.

I wrapped a 12 foot, smaller line around a cable on the side of the boat closer to the front than on previous locks on the Erie Canal.

Once I had it secure, Sam had to turn off the engines and put on the bilge blowers and then leave the helm and go out to the back of the boat and grab a cable close to the stern.

This is a procedure unique to the Canadian locks.

Maneuvering the boat and managing the line in the back.

We have several fenders tied to the side at varying heights to make sure our boat doesn’t get scratched up.

And so it begins…

Making the Best of It

Now, I don’t know how you like to spend your anniversary but doing locks isn’t my idea of fun.

But it’s too late for complaining.

I’m here and I have to make the best of it.

There were a few bright spots on the trip.

Crossing water that is as smooth as glass brings an unbelievable peace.

A peace that is hard to find anywhere else.

Right after we passed through Lock 6, we tied up on the right side.

It was a tight squeeze but thanks to the boats parked next to us, we made it work.

We walked down a serene path on the opposite side to get to the town of Frankford.

We set out to Demetri’s to celebrate.

Sam got the special – fish (haddock) and chips.

I got the penne Alfredo pasta.

The portion sizes meant that we got to keep enjoying our celebratory meal for a couple of days later.

So all in all, it was a great day.

We had the opportunity to celebrate each other and be thankful for where we are and what we are doing.

It can only get better from here.