#20 Campbellford, ON to Hastings, ON Canada 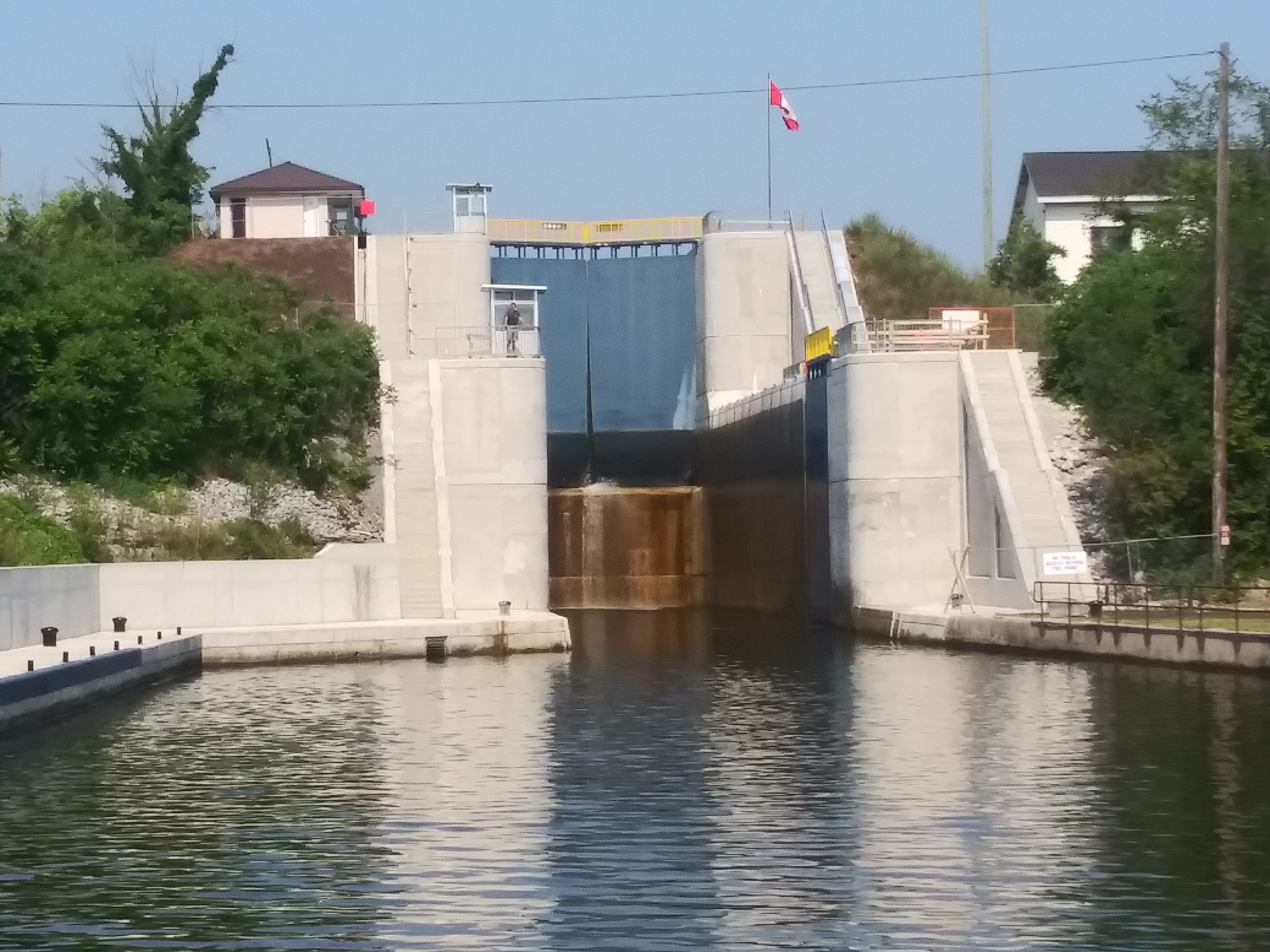 After having such good weather for several days, we got a little shower in Campbellford the night before we left.

On To Hastings! But First, Locks.

We woke up early and decided to head to Lock 13 on the Trent Severen Waterway.

The trip over was so peaceful.

The lock didn’t open until 9 so we had planned to tie up along the blue line which is the designated area to wait for the lock to open.

The lockmaster shouted to us that he was going to be releasing water.

When the gates did open, a sailboat, Steal Away, came up behind us and followed us through every lock all the way to Hastings.

We stopped in the front part of the lock and they came in behind us.

It worked well for us all the way through.

Yes, my friends, it happened again.

Two locks in one!

At Lock 16, we went in and then proceeded to rise.

Then, the blue gate of Lock 17 opened and there was another boat inside.

We had to wait in our lock until they moved into our lock.

Once they were in position, we moved over into Lock 17 and rose even higher.

It really is quite incredible.

When we got to Lock 18, we saw a boat tied up before the lock wondered just how long the wait would be to get to our tie-up destination.

Fortunately, the boats there were tied-up on a white line wall and not the blue line waiting to enter the lock.

After we rose in the lock, we had to wait for a swing bridge and then we could pass.

We decided to dock along the wall knowing that it did not have power.

There was a perfectly good marina right across the way but we decided to rough it.

I don’t know if you read the experience of our first day on the Great Loop but it did not include air conditioning.

And I had a real problem with it!

But here we were going to tie up on a wall with no power.

I have to tell you, I was really impressed with my decision.

If others could do it, so could I!

Our Evening in Hastings

Sam and I really had a great time in Hastings.

We went to McGillicafey’s Pub and Eatery.

It was really delicious!

Then, we topped off the evening by getting some Kawartha’s ice cream at Bridgewater Cafe.

Hanging Out at the Wall

After all that deliciousness, we ran into other loopers hanging out at the wall.

The subject of not having A/C came up.

Now Sam and I try to be good students and take in information from AGLCA or the Great Loop Facebook page.

It was on that page that several someones suggested that I go to WalMart and get a battery-operated O2Cool fan.

However, NOW I find out there is more than one kind of O2Cool fan.

This is the one I got.

And this is the one I need!