#28 Midland, ON to Frying Pan Island, ON Canada 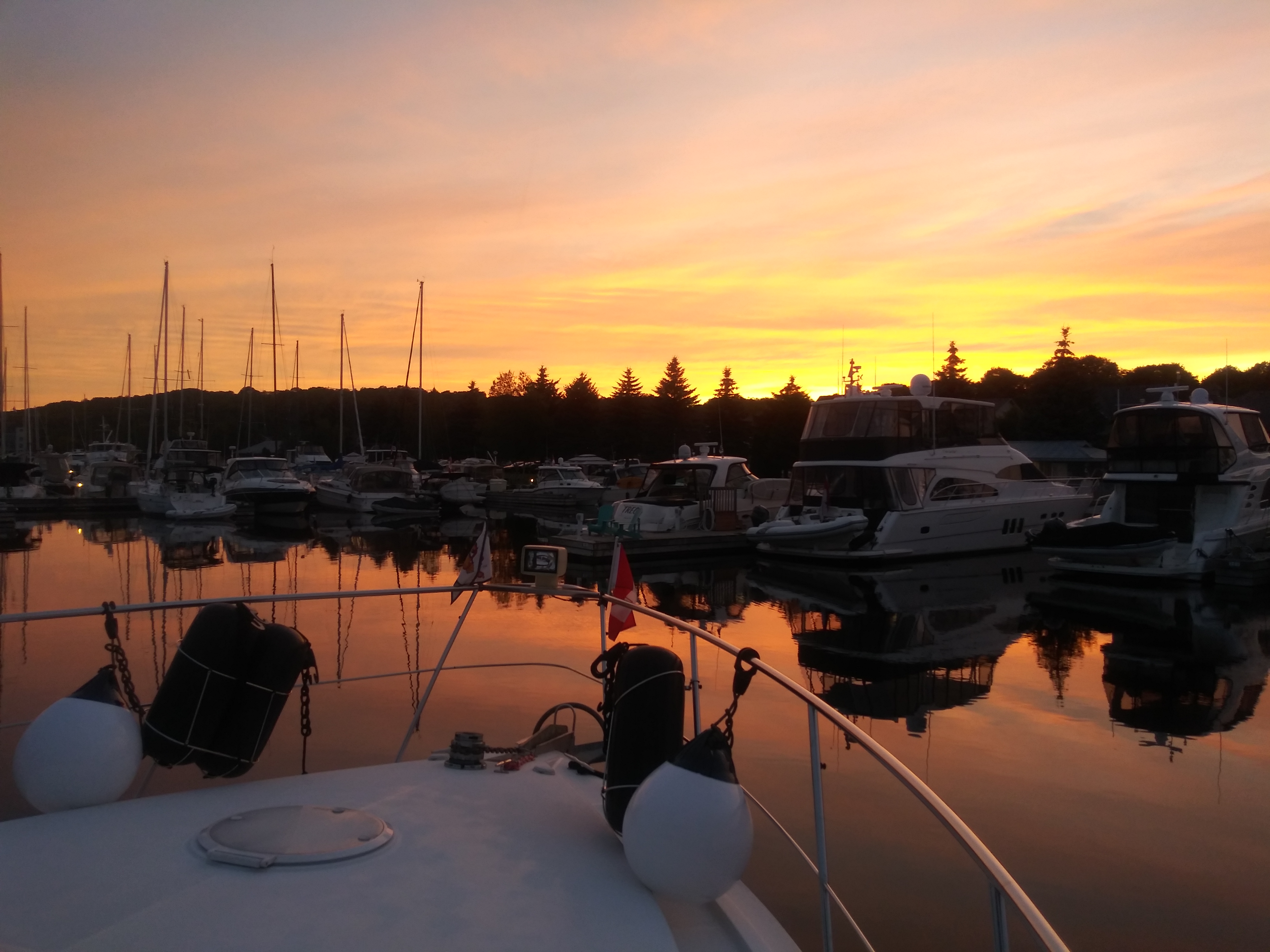 I feel like I have survived some sort of twisted Looper initiation.

We should not have gone out today.

With two other boats.

How Did This Happen?

And it was fantastic.

We teamed up with two other boats and decided to leave on Friday and head to Frying Pan Island.

We were told that the scenery of the Georgian Bay is picturesque and would be a highlight of our great loop adventure.

At dinner with several loopers the night before, I heard one of them say that they weren’t going because of the wind.

Why are WE going?

Because we had planned to go, that’s why.

We had our charts marked, we fueled up, pumped out and the time had come.

I was also looking forward to this trip because this would be the first day in a very long time that we did not have to go through any locks.

Bring on the pleasure boating!!!

Nina, Pinta and the Santa Maria

Now those are not the names of our boats, but they could be.

Somehow this turned into an adventure of the unknown.

We had not gotten very far before we started seeing white caps.

Then, waves started crashing upon the bow.

I was having trouble staying in my seat kind of waters.

The channel markers were out there directing us which way to go.

But it was just so hard to see them with the 24-knot wind and the 3-4 foot waves blowing on the windshield.

Those wipers were wiping like there was no tomorrow.

And I’m a really big fan of there being a tomorrow!

It was a four-hour agonizing ride.

During one of those horrific waves, there was a crash downstairs.

Yes, that’s right, I had forgotten to bungee the refrigerator and freezer doors shut.

Kosher pickle spears, minced garlic, hamburger pickles, a box of donuts, and a bottle of champagne all worked their way out of the refrigerator and onto the galley floor.

Miraculously, only the kosher pickles didn’t make it and the glass jar shattered.

We now have a faint pickle-flavored air freshener scent throughout our salon.

We finally made it to Henry’s and not only is it a restaurant but also a marina.

This day is finally turning around.

Also, we had the best fish and chips I have ever tasted.

We learned a lot today.

About how we handle intense situations.

About the importance of securing items and following the checklist.

About my ability to make up new cuss words.

But the greatest lesson of today?

The fish and chips will be there.