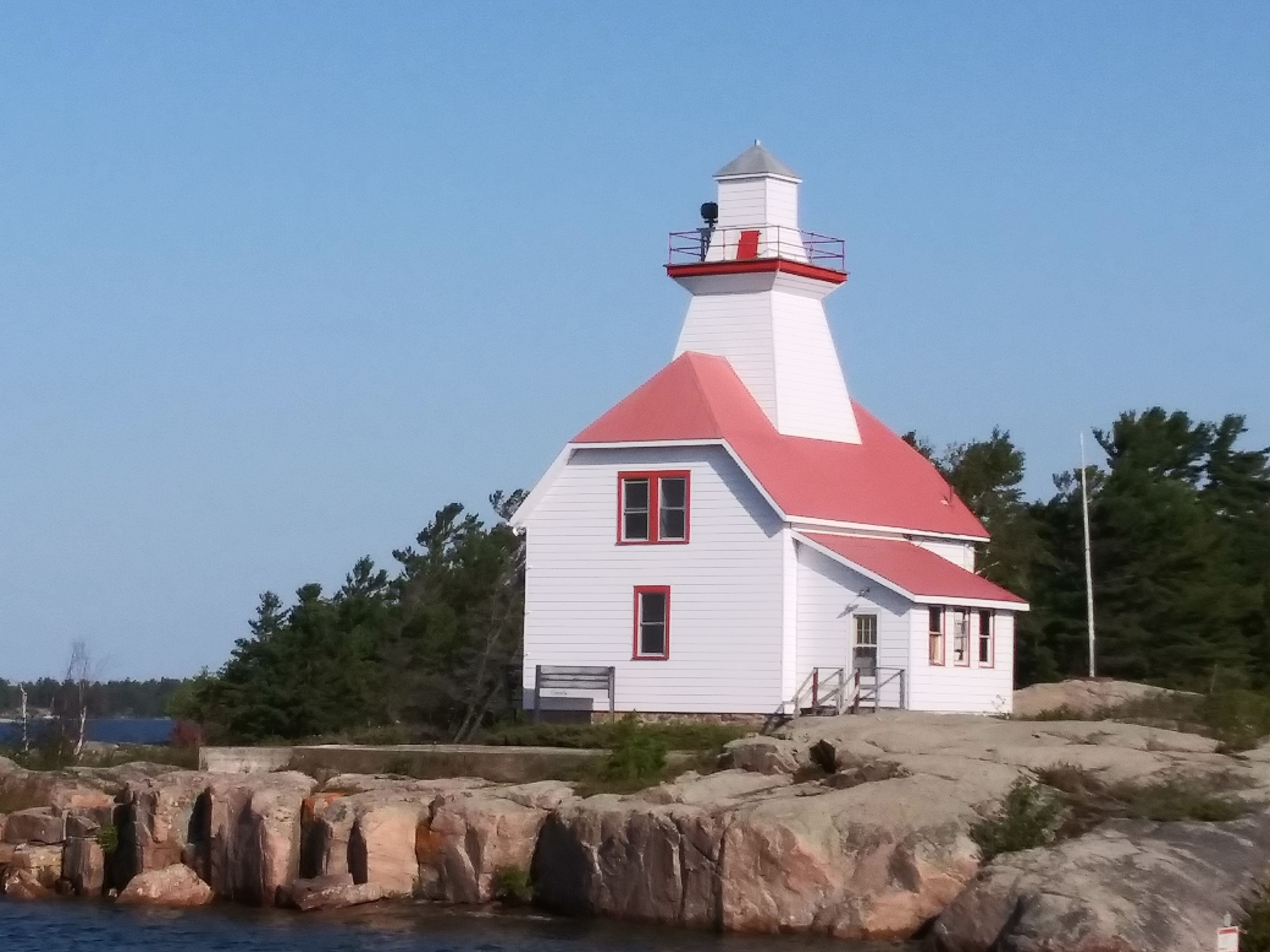 Last night was our very first time to anchor out.

Even though Sam set an alarm on the Garmin plotter and watched us swing around within the circle, it was a little unnerving.

We did look closer to the shore and then sometimes closer to the rocks but the technology told us to stop worrying and get some sleep.

I will say this about anchoring.

And it wasn’t very warm so we didn’t have to run the A/C much.

Sam made a screen for the back door that is in our stateroom so we were able to keep that open which helped cool the place down.

When we were ready to leave, I went out to the front with my headset on.

I raised the anchor enough to remove the bridle.

We put the bridle on to take the weight off of the windlass because the chain is really heavy.

I continued to raise the anchor slowing down occasionally to knock the gray clay off.

Once the anchor was up, I took a boat hook and knocked off more of the clay that wanted to come with us.

I took a five-gallon bucket with a rope attached to the railing and brought up a few loads of water to rinse the anchor off.

As first-time anchor-ers, I think we did pretty good.

It did help though, to have two other boats with us who knew what they were doing so they could walk us through the process.

Otherwise, who knows if we would ever anchor again.

Heading Out to the Georgian Bay

Our plans today include heading to Wright’s Marina in Britt, Ontario.

To get there, we have to go out again in the Georgian Bay.

So, that didn’t go too well last time.

But the wind was supposed to cooperate with us today.

We were about here when the Coast Guard on Channel 16 let boaters know about a wind issue in the Georgian Bay.

But as we actually got out in it, the winds and waves didn’t seem so bad after all.

And we made it through without any drama.

There are signs on Texas highways that say, “Drive the Texas Friendly Way.”

You will see drivers raise a couple of fingers (nice ones) to greet oncoming traffic.

As we were traveling around islands, someone called out to us on Channel 16.

We moved over to another channel and found out that the guy in the boat behind us had lived in Dallas and Houston and wanted to know where Tool, TX is.

He owns an island in the area and invited us over if we couldn’t find a place.

We made it to Wright’s Marina just fine and settled into our slip.

I’m glad we anchored for the first time but I’m happy to be back at a marina.

Idyll Time III had us all over for a delicious Mexican dinner complete with apple crisp and ice cream!