#32 Britt, ON to Bustard Islands, ON Canada 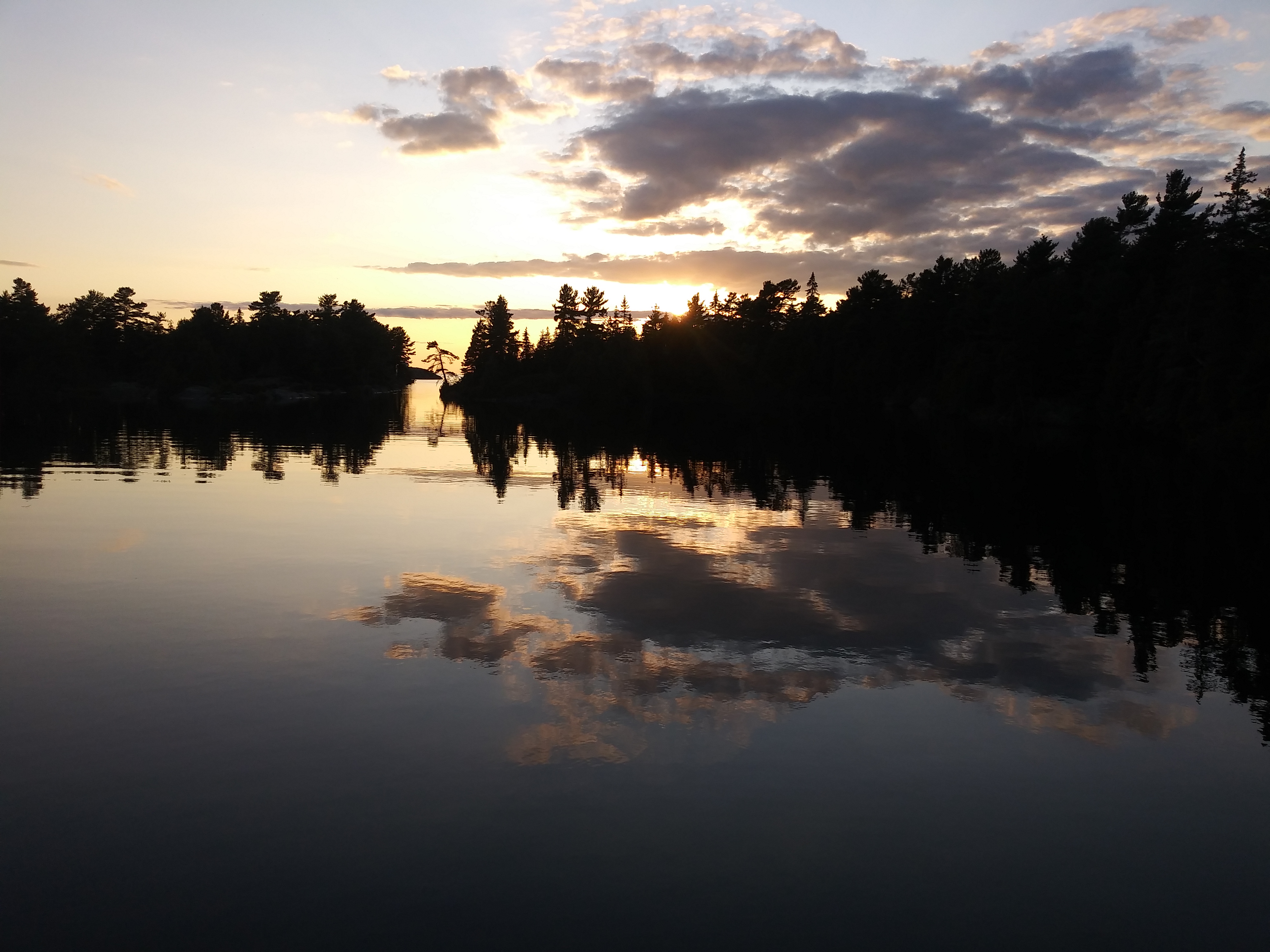 Well, it was a beautiful morning when we left Wright’s Marina in Britt, Ontario.

Fun and anticipation were in the air.

And it was Jerry’s birthday.

We have been traveling with Whisky Business and Idyll Time III.

Today is a day to go, relax, and celebrate.

Instead of going on the outside into the Georgian Bay, the captains decided to take a more scenic route.

Our plans were to head to the Bustard Islands.

As we left the area where the marina was located, we saw giant windmills.

The strange thing was, they were all stopped.

I guess they had enough energy for today.

Well, we get out to this so-called scenic route but it was tricky.

I mean, yes, it was beautiful, but the channel was so crazy.

Very close together makers and if you took your eyes off of the route for too long you will quickly lose your way.

Twisting and turning and trying to stay in the channel.

It was difficult to focus on the beauty because of this obstacle course.

We did see a rock island and I thought I saw a person on the edge.

They had taken their boat to an island.

Sam Has a Problem

It was on this trip that I realized, Sam has a problem.

I think he misses flying.

He says he doesn’t but every time he is the lead boat, he won’t stop talking on the radio.

You know that pilot voice.

He picked up that radio to tell them to look at the windmills, that the channel is narrow, the number on the green marker, etc.

I threatened to withhold the food and beverage service if he didn’t knock it off!

We had decided that we would anchor in the Bustard Islands.

We were going to raft up.

That’s where the center boat anchors and then the other s tie up to the anchored boat.

What a great idea!

It took the pressure off us newbies.

All we had to do was put fenders against the rub rails and then throw our lines to be tied up to the anchor boat.

The wind started to swing us.

Then, it really picked up and decided that our boat should go into the rock wall next to us.

The quick-thinking captains started up the middle boat to set the anchor again.

It was a thing of beauty.

Sam using our bow and stern thrusters to move the massive three ship monster around.

I don’t know what the other ladies were doing but I was freaking out.

And having a bite of lunch.

I can do both.

As we were finishing up our re-anchoring, some Loopers came by in a dingy to let us know there had been bear sightings in the area.

The bear left the island, swam in the water and boarded a boat.

Now that boat had left their trash on the back so they were asking for a visit but still.

I would love to see a swimming bear but not a hungry bear.

I’m all out of Snickers.

So as the day came to the end, it turned out to be a really fun evening.

As a side note, don’t put candles in a hot apple pie.

The wax candles did what wax does and melted right into the pie without any added nutritional benefits.

And an amazing sunset.

OK. Nebo decided it didn’t want to work for the first part of the trip.

We obviously didn’t start in the middle of the Georgian Bay.