#37 Gore Bay, ON to Aikens Island, ON Canada 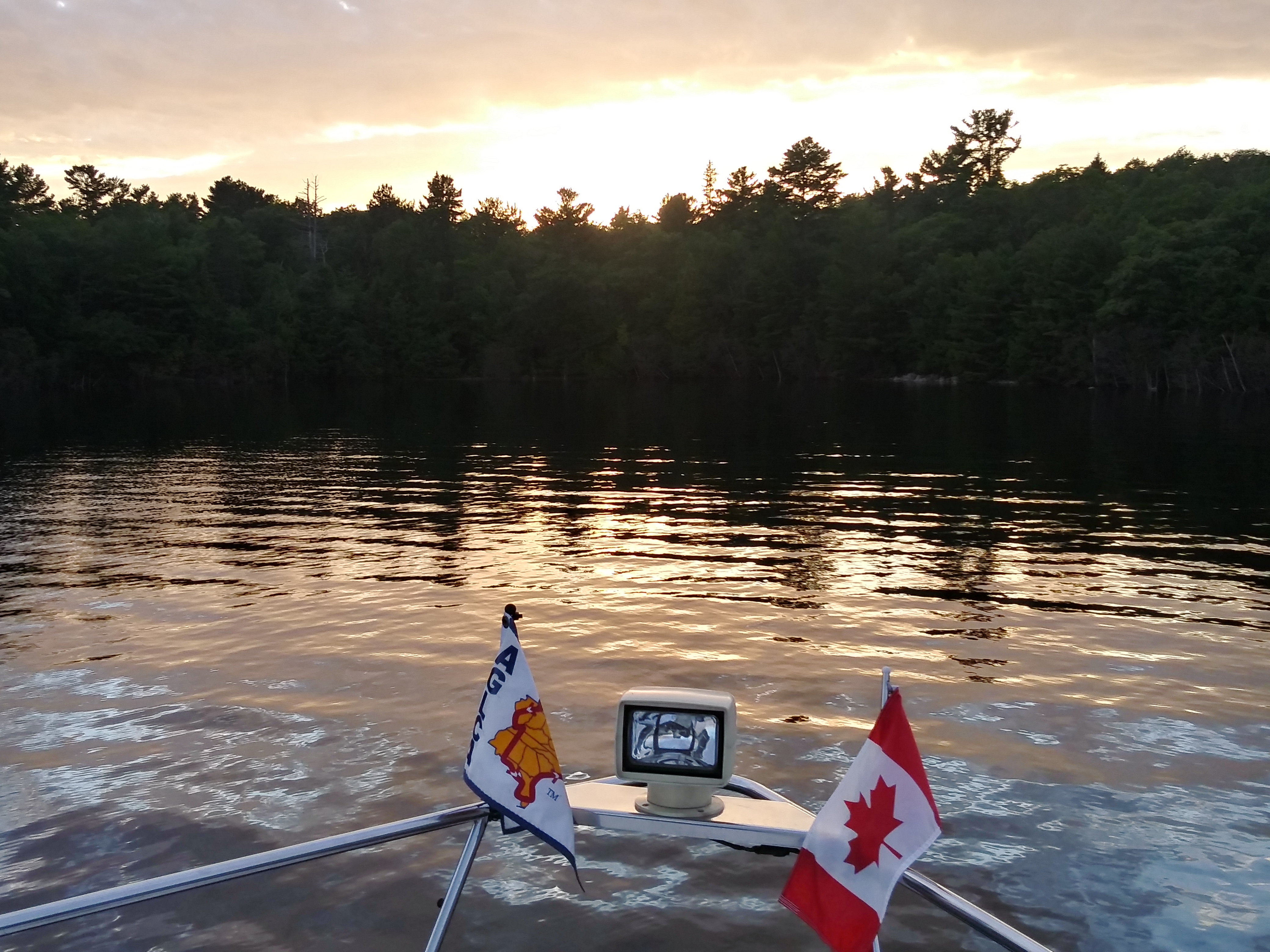 Yesterday afternoon we had planned to go from our slip at Gore Bay Marina all the way to De Tour Village in Michigan.

We were planning on making the long seven-hour trek back to our homeland.

I noticed that Sam had been moping a lot but sometimes he looks like that when he is focused on something.

We have been watching the Unabomber series on Netflix (downloaded the episodes so we can watch without Internet) and later that evening we finished it off at about 9:30.

After we turned it off, he said, “I’m not ready to go back to the US.”

“Well, you’re the one making the schedule, so do what you want.”

We took out the calendar and decided to stay in Canada and do a few more anchorages and see what happens.

Fly by the seat of our pants.

It’s fun to see a person who plans out everything, change his plans just for fun.

So, we headed out of Gore Bay and took a two-hour cruise over to Aikens Island.

The water in the North Channel was flat and even at our slow cruising pace, it seemed to fly by.

I mean, it was relaxing!

Sam had picked out an anchoring spot and programmed the Garmin.

We saw a few sailboats in a peaceful place and started turning toward the place but soon found out that our anchoring spot was a little to the right in a different cove.

There are no other boats here.

Sam moved over to a place so we could be protected from the wind.

We dropped the anchor and waited a while to see if we were being dragged.

With so little wind, it’s hard to make the chart plotter smile.

We’re so new at this anchoring thing that I’m not really sure if we are doing it right.

I’m also glad that no one else is in our anchoring spot. LOL.

We decided to practice driving our dinghy around.

Since we were alone.

We don’t really need an audience for that show right now!

We’ve been out in the dinghy twice.

The second time, he hit the dock when we were trying to leave a restaurant.

This would be the third time out.

We have yet to master the ease of getting on and off of it.

I can honestly say that Sam is getting better.

We didn’t hit anything.

But there really wasn’t anything to hit.

Yeah, I’m going to believe that he is getting better.

I did get some great pictures of our boat anchored out so taking the ride was totally worth it.

Only One Thing Left To Do