#38 Aikens Island, ON to Long Point, ON Canada 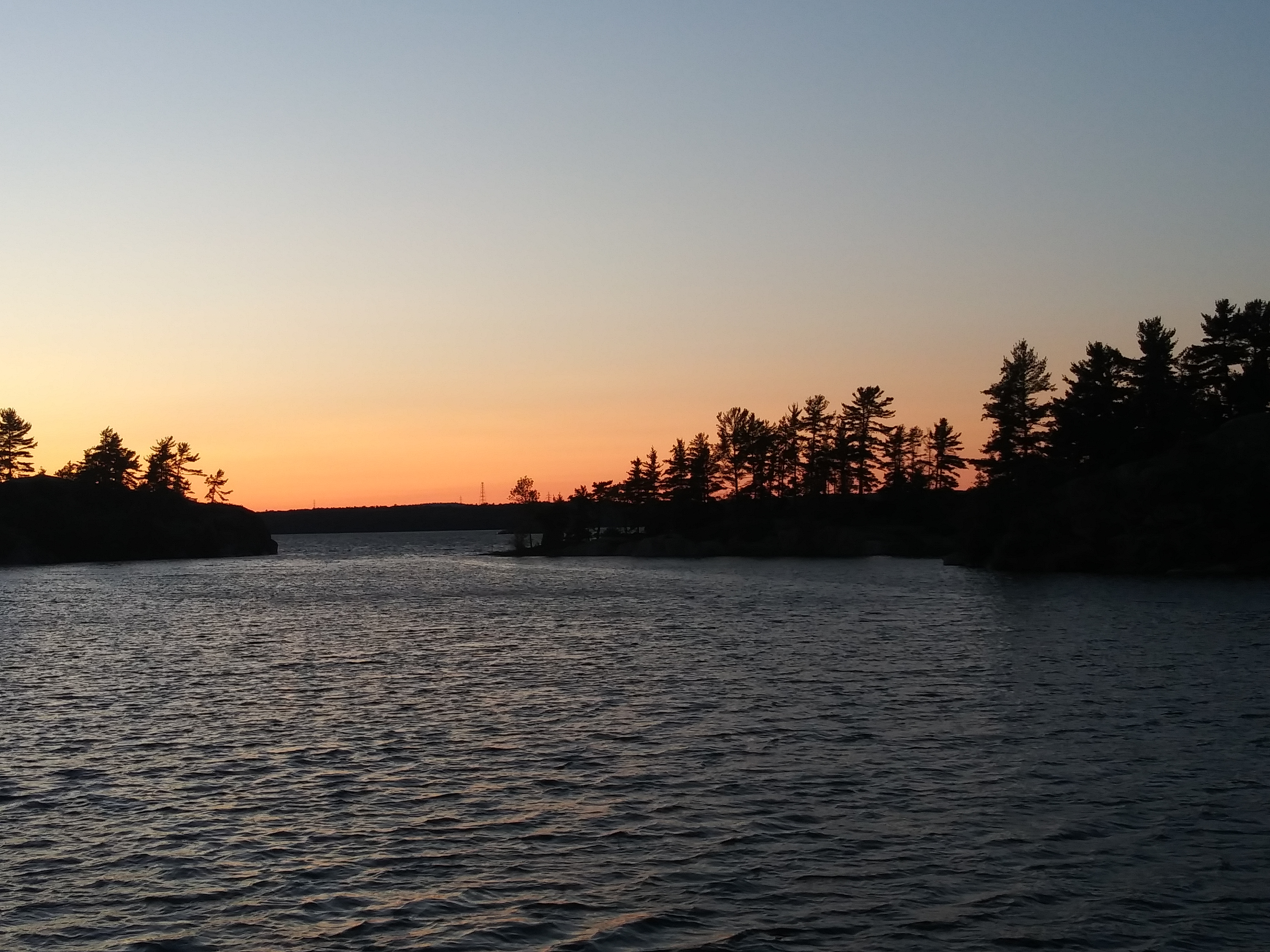 When I woke up at the anchorage in Aikens Island, I was so relaxed.

I had a great night’s sleep and I was ready to go.

Our plan was to move to Long Point and anchor out again.

The scenery was beautiful.

Cooking on the Go

While we were underway, I decided to make shredded pork in my Instant Pot.

I like to cook meat in my IP so we can use have it for quick lunches while we are on the go.

But I usually cook when we are at a marina on shore power.

This was the first time that I made it while we were moving.

I prefer cooking low carb and low sugar because there are enough carbs and sugar when we eat out.

We are already wishing we had more.

And you can only get it in central Ontario.

The two-hour cruise to our new anchor spot was uneventful.

We passed a gold Looper but I couldn’t see the name on their boat.

It was covered up with a dinghy.

After I put the pork on to cook, I called my mom.

Not off the grid.

We found our anchorage and dropped the anchor as if we have been doing this all our lives.

We arrived so early because fierce wind was expected in the afternoon.

We wanted to make sure we were in place and protected before that hit.

Once set, we started working on projects around here.

I wrote some blog posts.

We knew when the wind picked up.

The boat started moving around more.

Then the wind grew stronger.

We decided to have happy hour.

Then, the wind became fierce.

We heard a loud clank.

Happy hour was over.

We are not ok.

Sam rushed out to the anchor to find that the bridle was off.

We use a bridle after we set the anchor to take the pressure of the heavy anchor and chain off the windlass.

The windlass is a round mechanical piece that raises or lowers the anchor.

We use foot pedals to control it.

So, if the bridle is off, the windlass is in distress.

And if we want to anchor, we need that windlass!

All Hands On Deck!

Sam makes several trips outside in the 23-knot wind to try and rig up a way for the bridle to hold.

Then, he went to the bridge to try and position the boat to allow for the fix.

I was out on the bow telling him the direction of the anchor.

Sam finally tells me I’m going to have to go to the bridge and work the controls as he tries to fix the bridle.

This is my worst nightmare.

I told him I would come on this Great Loop thing but I was not driving the boat.

He is so proficient that I had no reason to even consider that I would have to learn.

Then, came an emergency situation.

I had to step up.

Rev in the Captain’s Chair

We put the headsets on so we could communicate.

I’m not going to tell you what those first few sentences were like, but it wasn’t pretty.

I was in the bridge.

Sam was out on the bow.

He told me how to use the bow and stern thrusters.

I used those to keep us lined up with a sailboat that was anchored nearby.

Then, he told me how to work the two black shifters.

He was able to tie a rope around the bridle to secure it to the anchor chain.

When I was up in the bridge, I felt powerful.

I actually was controlling a huge boat.

I wanted today to be another boring post about how great anchoring is in the North Channel but no.

Instead, it is a post about being forced to overcome fear.

Sam’s knowledge and proficiency intimidated me into not trying.

Wonder what’s in store for us tomorrow?

I turned on the Nebo app when we left but it somehow switched off after about 10 minutes.

When I realized it wasn’t on, I turned it on.

So, we missed about half the trip marked here.

Just use your imagination.