#39 Long Point, ON to Blind River, ON Canada 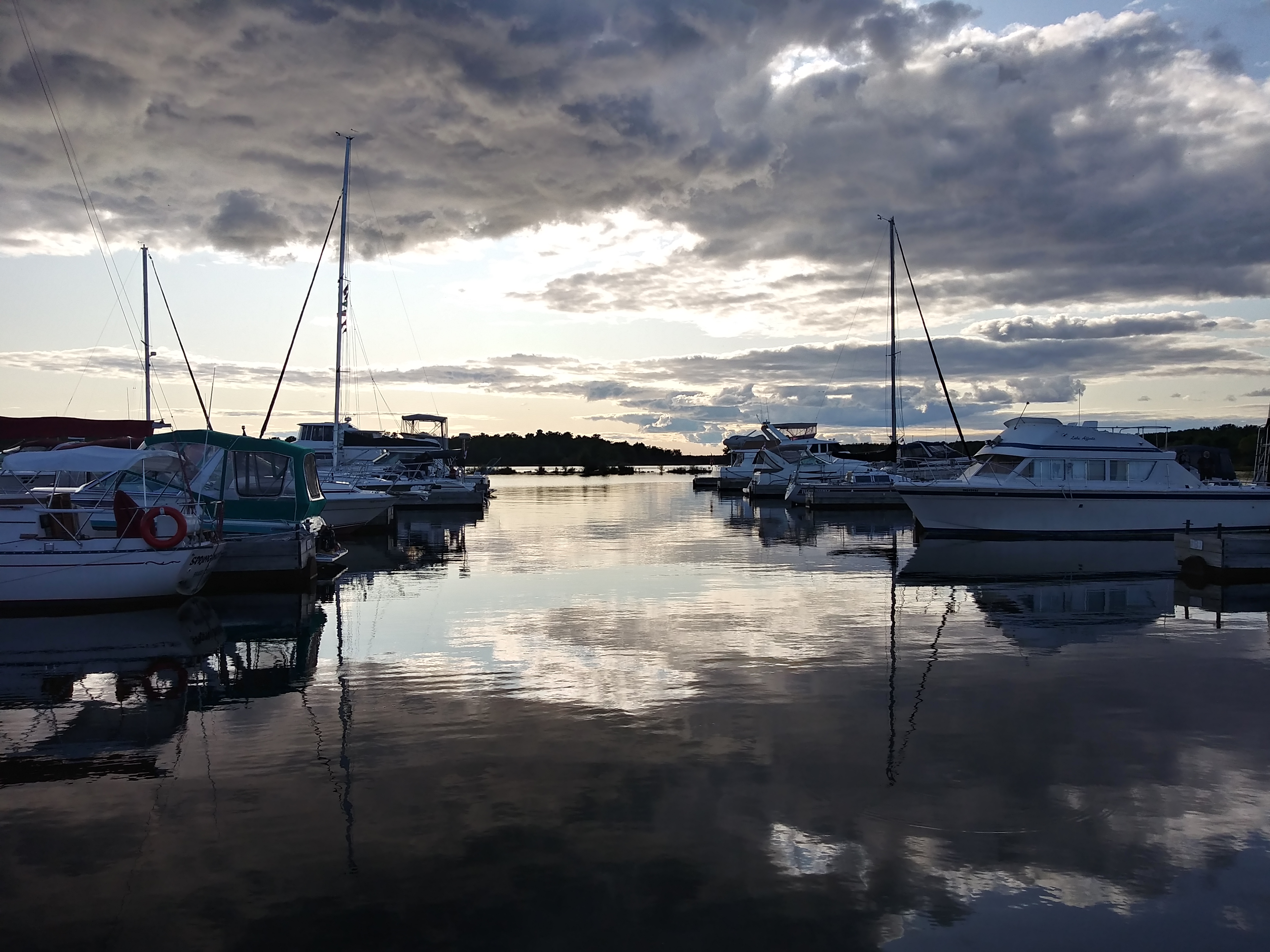 When we woke up after the traumatic anchoring situation the night before, the weather conditions were picture perfect.

You would never know just how mad the wind was the day before.

The trip from Long Point to Blind River was peaceful and picturesque.

And the great part was that it only took one and a half hours.

I love the Beach Boys song lyrics, “we’ll get there fast and then we’ll take it slow.”

Well, it’s even better to get there slow and then take it slow.

And that’s what we did.

We were able to stay at Blind River Marina.

They gave us a bag and some maple syrup.

How did they know we would need it for Belgian Waffle Sunday?

Once we got settled we took a walk around Blind River.

We are always having to search for Internet service to run our blog and YouTube channel.

It’s been a challenge in Canada.

We decided to go into town to have lunch and search for a good Wifi.

The marina told us about 17 Restaurant so that’s where we went.

The food was excellent!

The Wifi was even better!!!

If it takes around 30 minutes to load a YouTube video, I consider that a good connection.

It took 15 minutes to load a video.

I was so excited!

So, I loaded another video thinking this had to be a fluke.

This is my new favorite restaurant.

We went back to the boat and just took it easy.

He needed to recover from the crazy night before.

I did some cooking.

Around 6:20 p.m. we took a couple of chairs and went to the city park.

The Rotary Club had a free concert.

They only collected donations.

Unfortunately, we had used our last two Canadian fives to tip the dockhands and that was all the Canadian currency we had left.

We tried not to make eye contact with the collectors.

After the concert, we went back to our favorite restaurant, 17, but it was packed out.

A lovely couple let us share their table and I got to work.

Kendra and her husband were later joined by her brother, Tony.

They welcomed us as part of their family and we laughed and ate and drank as I loaded a YouTube video.

I ran into computer issues and had to shut down but the fun continued.

They ended up giving us a ride back to the marina since it was dark.

About halfway there, I remembered that I am a chronic crime TV/movie addict and some of those scenes came back to haunt me.

Then, reality set in and I enjoyed the journey.

Most of the Canadians that we have met have been kind, gracious, and welcoming.

Back on the boat, watched some Netflix and had Chamomile tea.

We had a very restful, good night’s sleep.