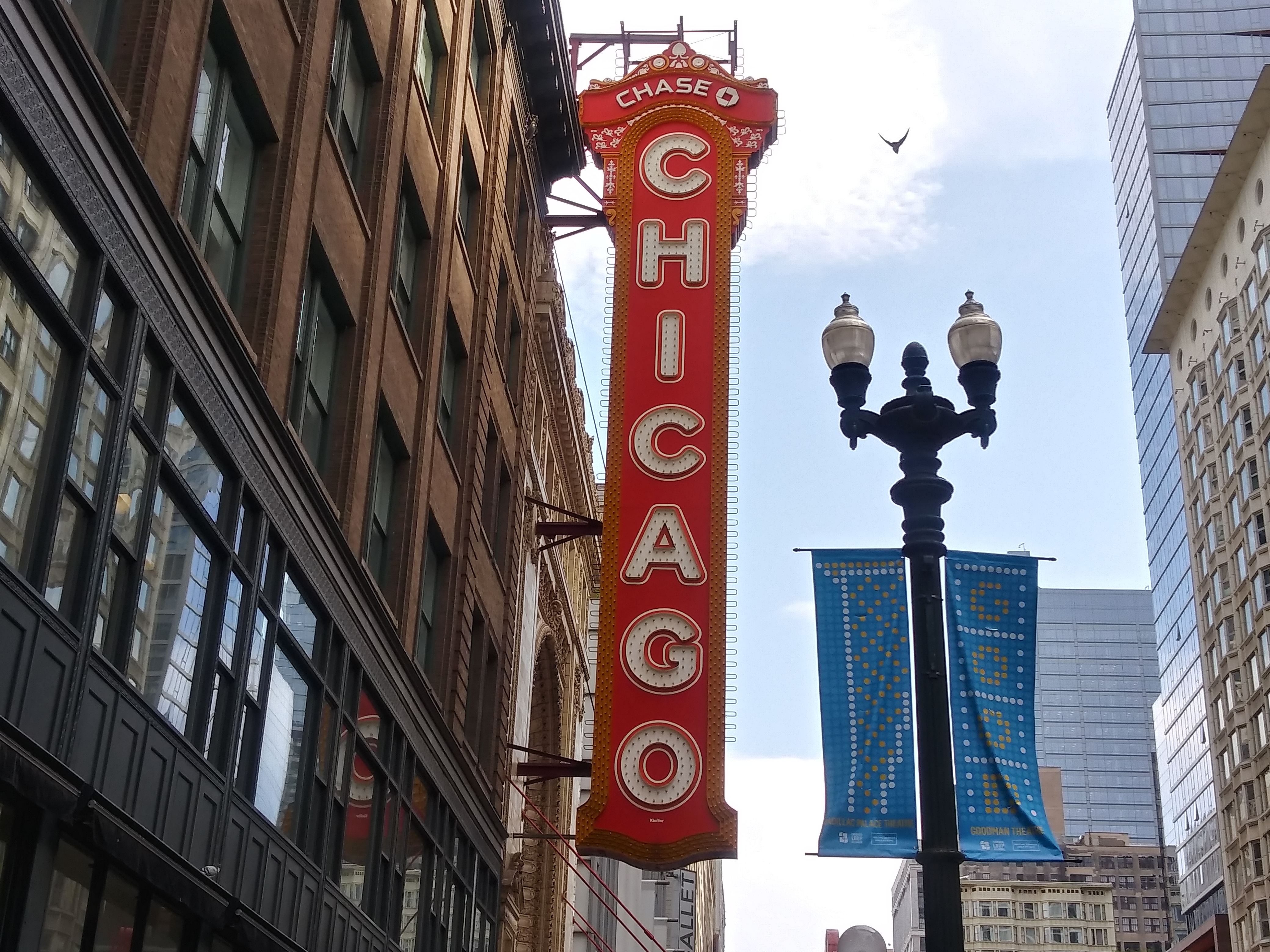 We had a chance to stay in Michigan City for several days.

It was nice to relax and not have to rush to the next stop.

When we were ready to finally leave, we ran into a machine.

It looked like it was a dredging machine but honestly, I don’t know.

I did know that it was in our way exiting the channel.

The workers ended up leading us out another way on the other side of the channel.

We just prayed it was deep enough.

When we did finally get back out to Lake Michigan, the water was calmer than we had experienced.

It wasn’t flat but it wasn’t beating us up as it had in the past.

Overall, it was a really nice cruise.

So Sam started planning our next route/marina/anchorage, etc.

He is one of the most proficient planners I have ever met.

As he was doing his thing, we start to hear a beeping sound.

We hear our boat name on the radio.

Then, we see this.

At least we know the AIS works.

As we are continuing to move south, I can barely make out the city that I desperately want to see.

Is that you Chicago?

Are you going to treat us like New York did?

We found a place to stay right next door to the Horseshoe Casino.

Hammond Marina was the closest marina to Chicago that we could get into.

After we got fuel and settled into our slip, we headed over to the casino to find something to eat.

We ended up at a buffet and since I missed breakfast and lunch, I ate like it was Thanksgiving.

Boy, we hurt after we left there and made a pact not to ever go to one of those kinds of buffets ever again!

At this point, we were still considering taking our boat right into downtown Chicago.

Sam had concocted a device made of PVC pipe and zip ties on the front of our boat.

The idea is that if the bridge hits the pole it will most definitely hit the Garmin radar, which is the highest point, on top of the boat.

Sam had spent hours daily for the past few weeks trying to determine if we could make it under the lowest bridge in downtown Chicago which is fixed at 17 feet, 6 inches.

Yes, it was going to be a challenge but he was 95% sure we could make it.

After all that calculating and wondering and wishing, we finally took the advice of a fellow looper parked next to us at the Hammond Marina.

Short Vacation said they were 16 feet, 8 inches and weren’t going to attempt it.

Their reasons were many including…

It was six miles to the fixed bridge and if we couldn’t make it under, we would have to travel six miles back out.

Also, there is a lot of traffic on the water and one wake from one of the taxi or tour boats could push us up into the bridge.

And rain was in the forecast meaning, the water level would be adjusted to account for it.

It finally sunk in.

We weren’t going to do one of the things I was really looking forward to doing on the Great Loop.

The following day, we got an Uber to take us to the train station.

We were bound and determined to see downtown Chicago by boat.

Once we got off the train, excitement was in the air.

Even through the fog.

Sam wanted to show me a place that he used to go to when he would visit Chicago on a layover.

Yes, I got a cheeseburger.

The spicy Bloody Mary was delicious.

I would probably stick to the drinks here.

There are so many interesting things to see while you are walking around.

We met up with Dan and Janet of Idyll Time III and since they had also made the decision not to take their boat downtown, we went on the architectural tour together.

We used Wendella Tours and had a vibrant local tour guide that educated us as we slowly moved by the majestic buildings of Chicago.

We did not get to see the top of the Sears Tower because of the fog but it was still an incredible tour.

After our tour, we went to eat at Labriola Chicago and had wine and pizza and acted like tourists.

After our beautiful meal, we headed back to the train.

Took an Uber back to the Horseshoe Casino and went to bed content with the decision not to risk cruising downtown Chicago.

Somewhere around 100 to 1 odds, we were pretty sure we had made the right decision.