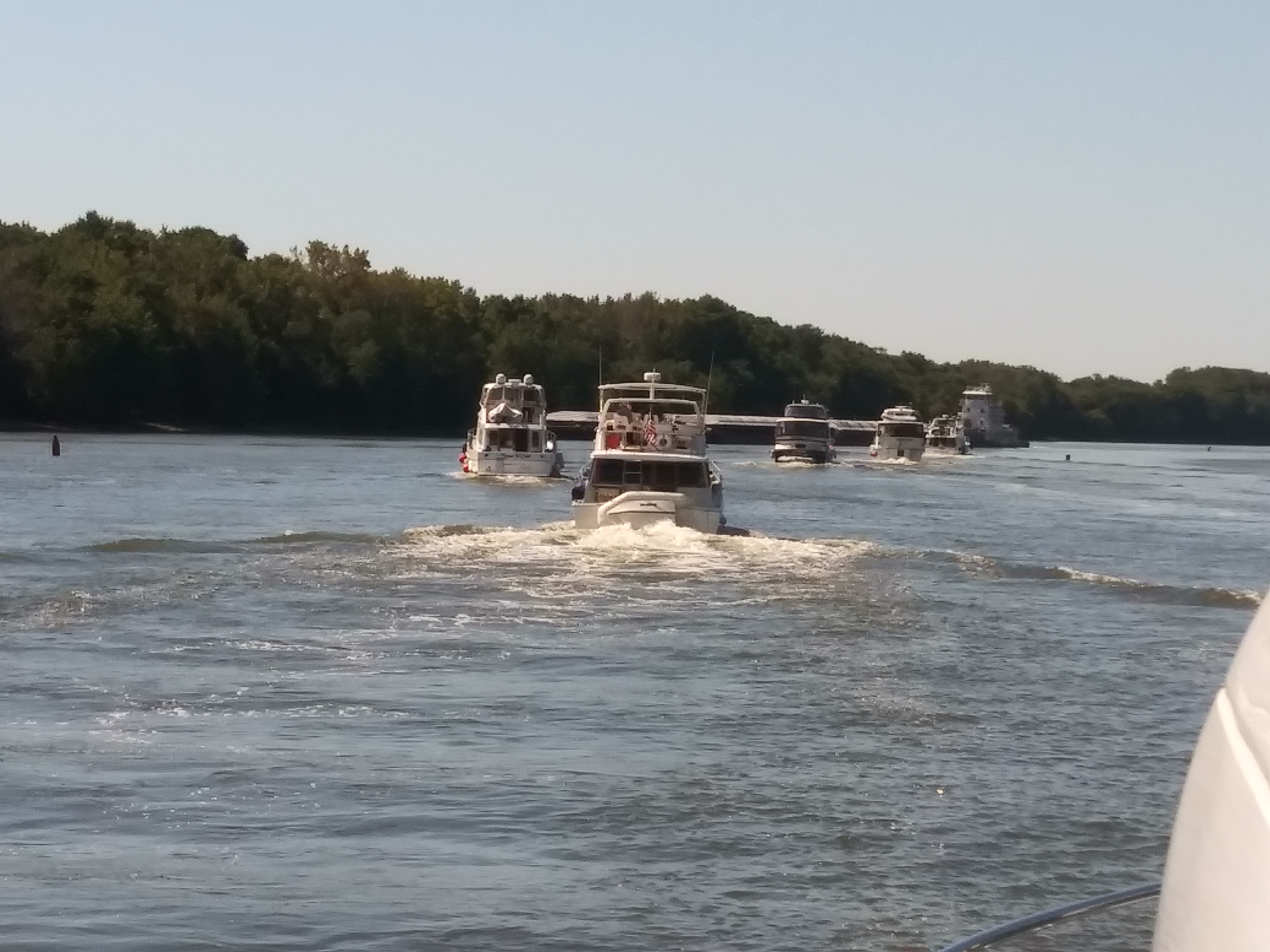 We left Joliet early after a very short night.

Today was the day we were going to try to tackle three locks.

The Trouble with Locks

There are three locks (Lockport, Marseilles and Starved Rock) that are planning to close on September 20 through October 5 so we only had less than a week to make it before the closures.

So, we left Joliet with three other boats but soon there were others that caught up to us to also try to get through the locks.

At the Brandon Road Lock and Dam, there was a barge in when we arrived.

After the barge went through, our convoy went in.

We had to maneuver our way around a barge that was waiting to go in from the other direction after we went through the lock.

And on we went.

It was a very busy day out on the river.

We made it to the Dresden lock.

It was a very busy day out on the river.

Go On or Rest?

We got through two locks and then found out from the third lock (Marseilles) that we would have to wait four hours to go through.

And there was no guarantee that it would be four hours.

So, we decided to stay at Spring Brook Marina.

This marina is located right on the border between Seneca and Marseilles.

There is a great restaurant on the second floor of the marina office and salesroom.

We had a great docktails up there one night with a few other loopers.

The marina also has a shop with onsite mechanics.

So the plan was to get up early and leave about 3:30 a.m to get through the Marseilles lock right at 5:30.

Sam and I got up at 3:00 a.m., put on our raincoats because it was sprinkling and proceeded to unhook the power.

We were the only ones doing this.

Well, Sam didn’t see a text that told him that the lock was closed because of a thunderstorm.

So, we went back to bed.

In fact, no pleasure boats were going to be moved through so we had to stay at Spring Brook an extra day.

Who knows what tomorrow will bring.

But that’s life on the river.