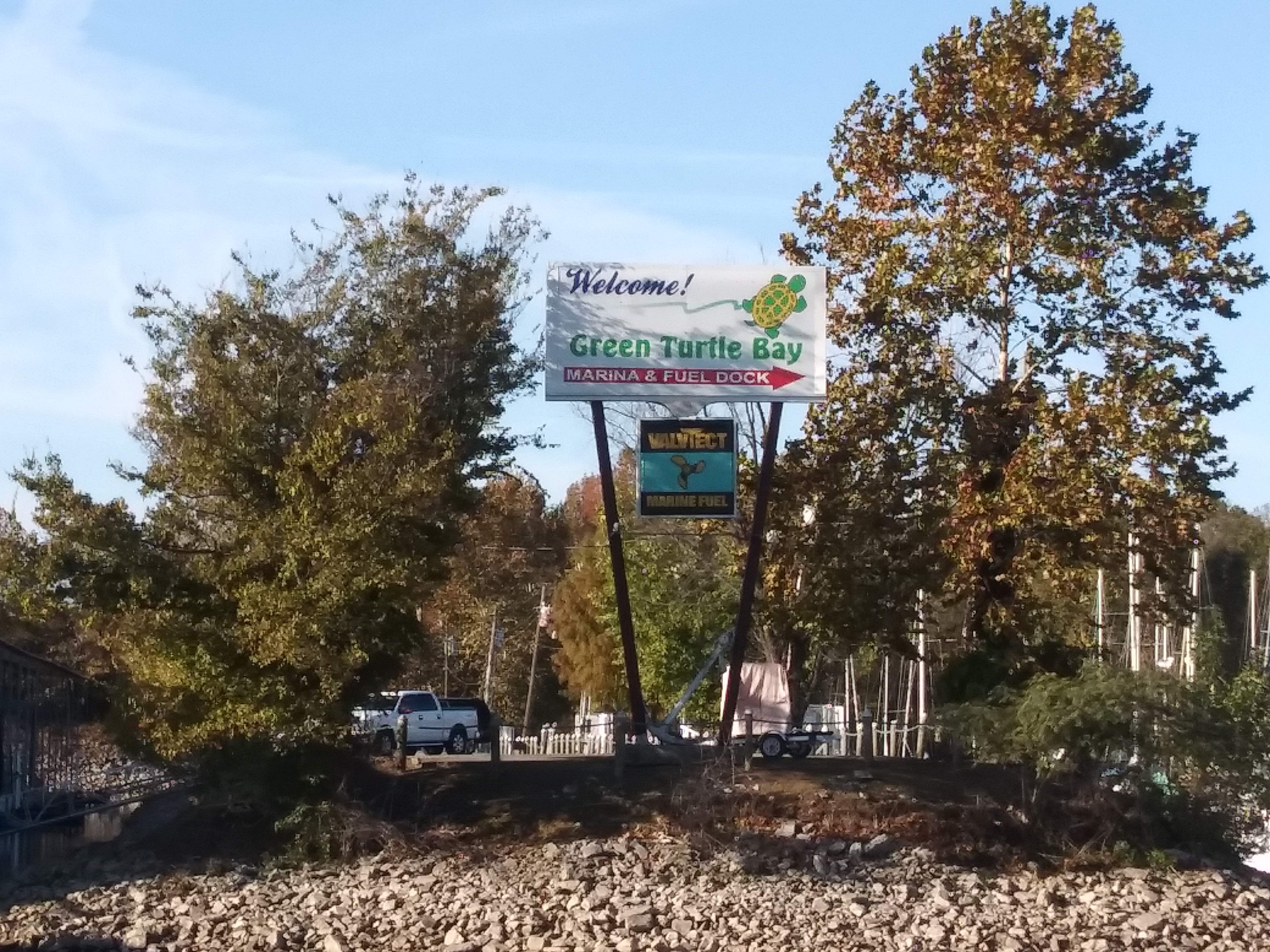 We left Green Turtle Bay after spending seven nights there.

As we were leaving the marina, we saw some fishermen out blocking our way.

It didn’t take long for them to move over and declare that fishing wasn’t going so well.

We made a right turn down the Barclay Canal.

It was a peaceful jaunt down the way.

Then, we saw a tow boat on the side of the canal.

As we got closer, we saw men leaving their cars and heading onto the barge carrying duffel bags, back packs and luggage.

How long are they gone from home anyway?

After we exited the canal, we turned left and headed out into the Kentucky Lake.

How does that work?

In any case, we are travelling upstream on the Tennessee River.

We did see barges tied up to large metal canisters called mooring cells.

I have become obsessed with bridges since we started the great loop.

I had no idea just how many different versions there could be.

This one is called the Eggners Ferry Highway Bridge.

It is fairly new, having opened in 2016 and sports a hiking trail as well as the four lanes of traffic.

Fall on the Tennessee River

This trip has been peaceful.

I think it has a lot to do with the fall scenery.

Yes, we are still seeing barges.

Sam calls them on Channel 13 and coordinates which side we will pass them on.

Some of the captains have a lot of personality and make us laugh.

We respect and obey them all.

We went into Paris Landing Marina in Buchanan, Tennessee.

The channel leading to the marina is easily identified with red and green markers to lead you right in.

This marina is really nice but off season has officially started so the onsite grill is closed.

In addition, most all of the restaurants in town are closed on Monday and Tuesday.

I can definitely see us coming back here and spending some time during peak season.

While we were getting fuel we met a couple of gentlemen who live in the area.

We visited and one even offered to take us to the store or to a restaurant or help us run errands.

Anyway, our new friend, Victor, sent us these pictures of us coming into the marina.

Shots that we never would have taken but are so grateful for the kindness of boaters.