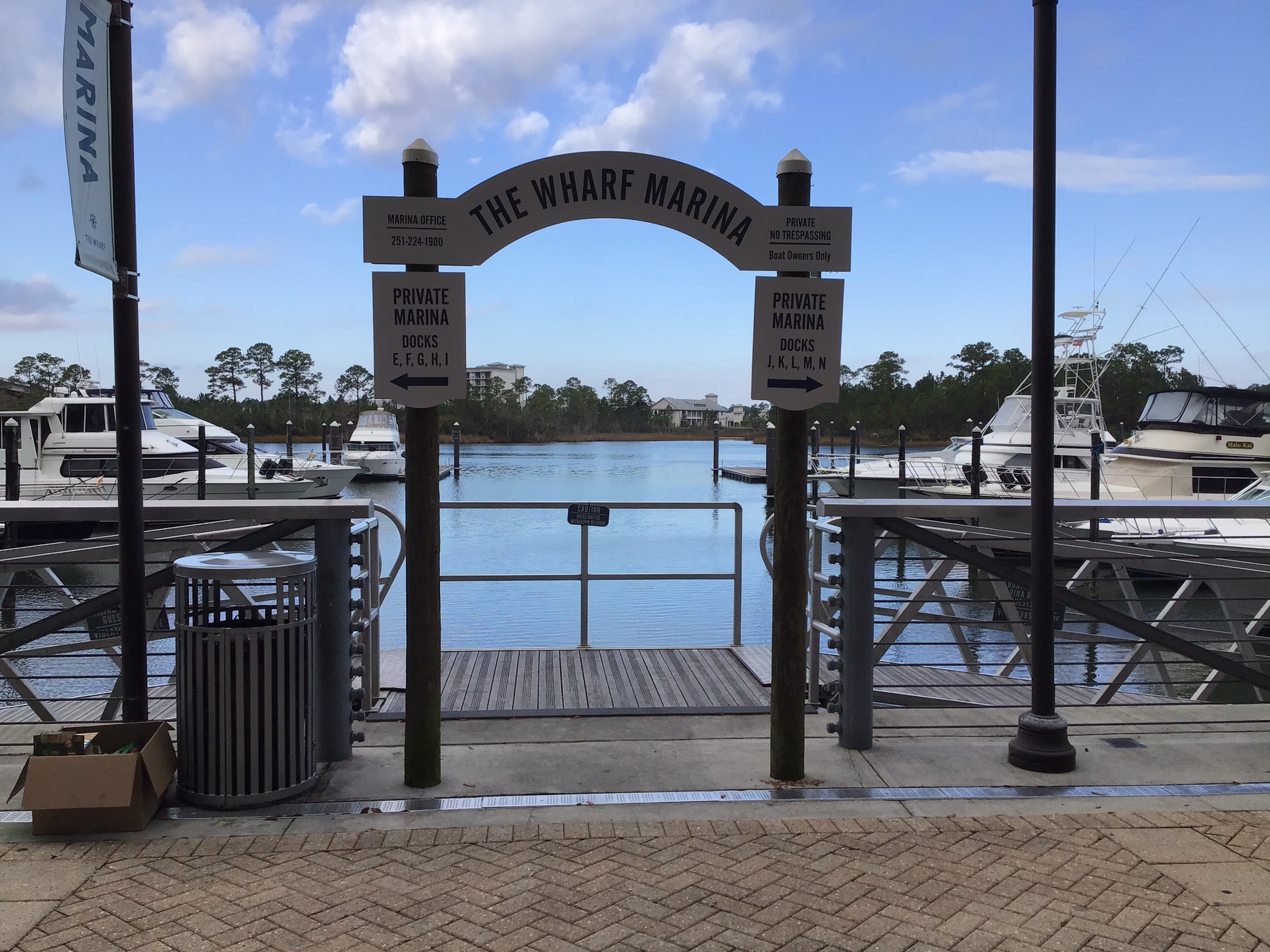 When we left the Wharf the weather was marginal at best.

But Sam assured me everything was ok.

The weather was gloomy but we were not.

Today is the day we get to Florida.

You know, the sunshine state.

Boy are we ready for some!

When we left Orange Beach, Alabama, we didn’t know where we were going to end up.

It was either going to be the Bayou Grande Marina which is on the Pensacola Naval Air Station or Harbor View.

We were unsure because we couldn’t reach anyone at the Navy base due to the recent shooting.

We usually have a plan before we leave but not today.

Homes on the ICW

We saw several homes along the way of varying sizes.

To be honest with you, I’m not sure when we got into Florida.

Sam said the map showed a line when we passed a red channel marker but I didn’t see a Welcome to Florida sign until much later.

But when the water turned bluer and greener, I knew we must be there.

Sam called ahead and our Looper friends on Archimedes who had both served in the Air Force made it into the Naval marina and said there was plenty of space.

So that’s where we headed.

On a day like today, you could guess that we didn’t meet a lot of traffic.

There was an inlet to the Gulf of Mexico that seemed to last forever.

It was during that time that the rain started.

And the waves were crazy.

So I was crazy!

Do you see why?

Heading to the Marina

We finally got to make a turn to head to the Naval base and it seemed to calm down a bit.

But we still wondered why a small boat would be out in these conditions.

The markers going in to the Bayou Grande Marina showed a very narrow channel and very shallow waters.

We had to stay in between these markers all the way to the marina.

On the way, Sam somehow got off the magenta line on the Garmin plotter.

I have no idea what he was doing when that happened but as soon as we noticed he quickly corrected it.

It was pouring down rain when we reached the marina and thankfully Archimedes was there to help us tie up.

It rained all afternoon and evening so we spent a quite evening on the boat.

We even watched a couple of football games.

The following morning the sun was shining, the water was calm and all was right with the world.

The Bayou Grande Marina at the Pensacola Naval Air Station was a safe refuge after a anything but smooth ride.