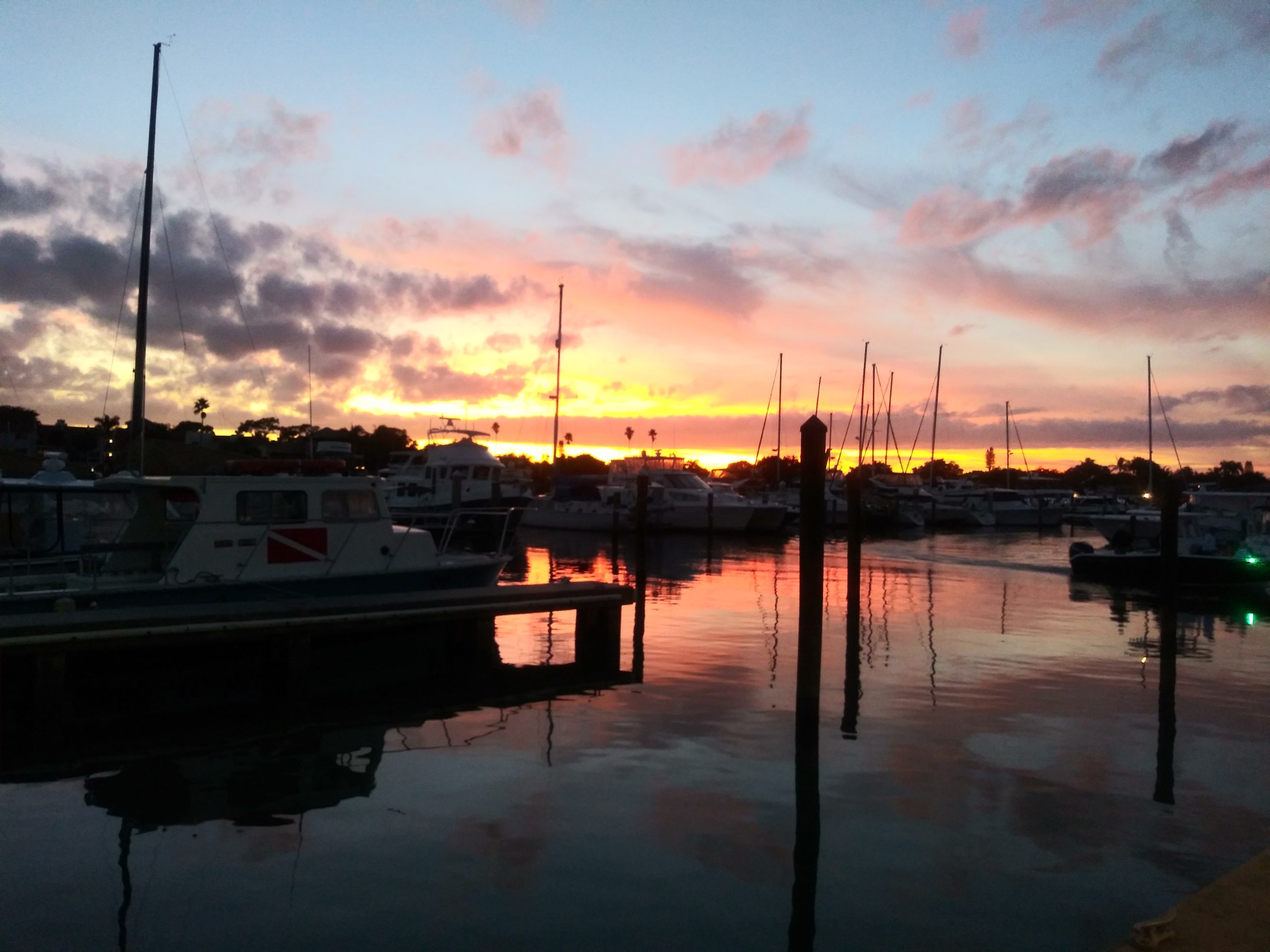 After spending three nights at Fisherman’s Wharf in Venice, we decided to move on.

It was holiday season and we could not find a marina to stay at between Venice and Cape Coral so we were going to have to anchor again.

We didn’t know which anchorage we were going to go to because we wanted to get as far as we could, weather permitting.

There were five bridges we had to go under on the Venice canal.

The good news is that we should be able to go under them without having any of the bridges open.

Up to $25,000 fine if you make the bridge open unnecessarily.

There must be a reason they had to create this fine in the first place.

The people in this area were so active.

We saw walkers, bikers (not the motorcycle types) and joggers.

We had called to stay at this Marine Max Marina but they were full.

But we are really glad that Fisherman’s Wharf worked out.

The day was cloudy but we were determined to get as far as we could.

The Manasota Bridge was quite impressive.

I like this style with a touch of blue.

Going under it, we could hear the thumps of the tires of cars and trucks above.

After several BOLOs (Be On The Lookout) in travel guides of bald eagle sightings all down the rivers, we finally see one sitting on a marker.

Fortunately, I was able to capture a video of it flying off.

You can see it in our YouTube video below.

As the day went on, the traffic increased.

One major thing that has surprised me about boating since we started is that if you give someone money to buy or rent a boat, they will give you the keys.

You don’t have to take a proficiency test (in most cases).

You just get to go out there and see how you do.

We did see two ferries going across this narrow channel.

The cars drive on then back off on the other side.

I’m sure they wish there was a bridge here.

But at least there is a ferry service to help them out.

We saw a lot of beautiful homes.

The clouds started to dissipate as we moved on and we started seeing some blue skies.

And then it would cloud up again.

It was a very strange day.

Anchoring has given us some issues in the past and today brought it’s own drama.

It seemed like a fantastic place when we saw it from afar.

There was only one boat parked there.

As we moved closer, we saw a line of crab pots in front of us and a line behind us.

We had to make sure to position ourselves in such a way that if the wind caught us and we swung around, that it wouldn’t put our boat or anchor chain right into the crab pots.

After a few fights about where to drop the anchor, we finally mutually decided and it ended up being in a good place.

We only had to drop the anchor once, so we consider that a success.

We did get to watch the boats come around to collect crabs.

They would throw food out to the pelicans and then while they were distracted, pull up the wire basket containing crabs.

It was entertaining to watch.

The End of the Year

We stayed in the anchorage outside of St. James City, Florida for two nights.

Sam did a little decorating and I made a cheese board.

It was definitely the most low-key New Year’s Eve we have ever had.

But we will never forget it.

It was a beautiful ending.

To an incredible year.