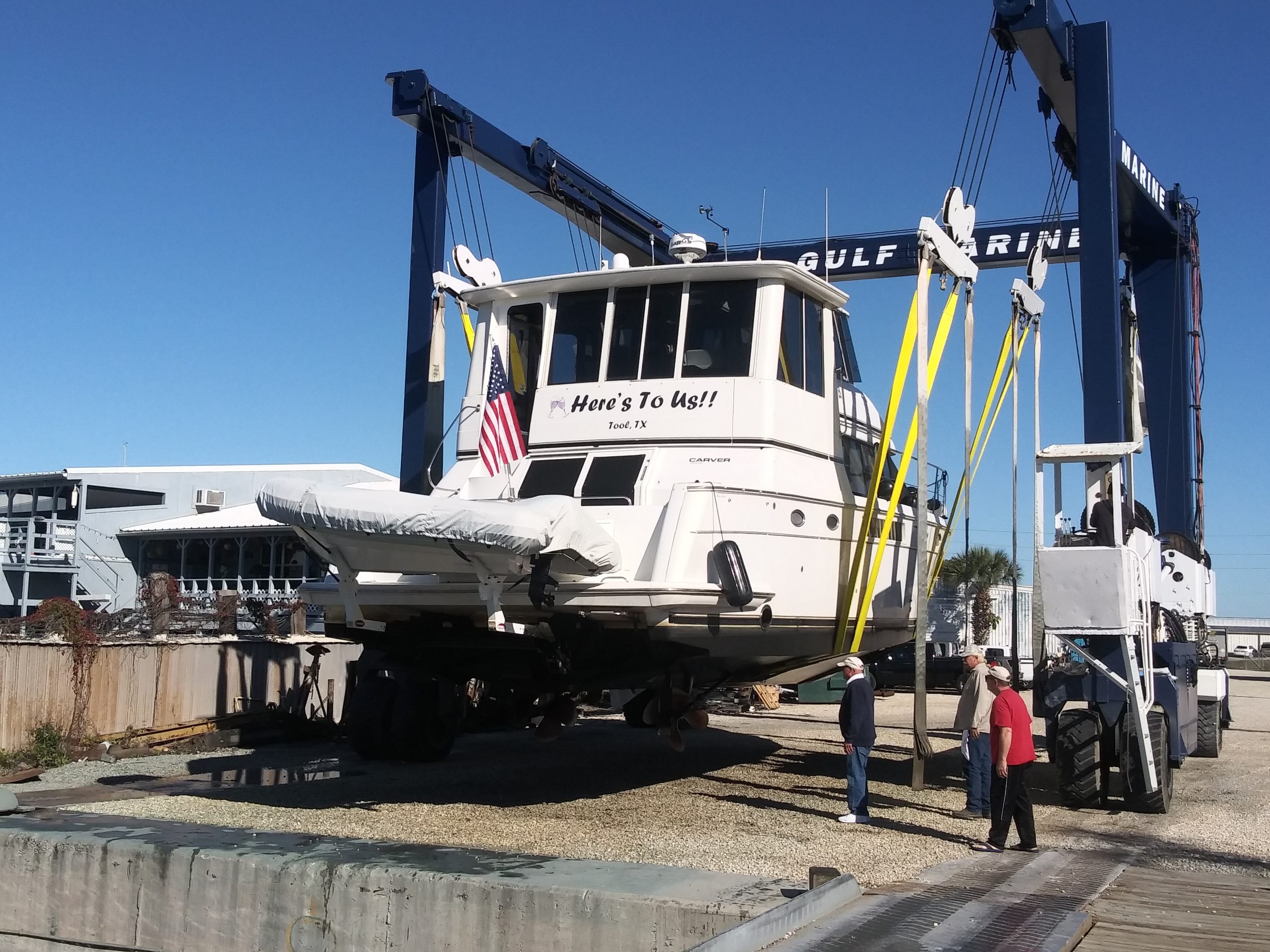 We got delayed for a few days in Fort Myers Beach because of a bent propeller and then weather delayed us for another couple of days.

A storm swept through dumping snow in some parts of the country but just rain and strong winds here in Florida.

As soon as the conditions were manageable, not great, but manageable, we decided to leave Fort Myers Beach and head to Marco Island.

Of course to move on, we did have to go back to the “scene of the crime” where we bent our propeller.

It was somewhere between markers 4 and 5 in this skinny channel that it happened.

Sam posted a warning about it on Active Captain.

Look at the red marker on the beach.

That marker was in the water the last time we went by but look at it now!

I like it better when markers are actually IN the water.

Rough Day in the Gulf

We left because it was a short day on the water.

It was only going to be about 3 hours.

And we would always be able to see the shore.

What could go wrong?

Well, there are no pictures to share with you the bouncy, bumpy three-hour ride that the Gulf put us through.

Up and down and side to side.

It kind of reminded me of being on Lake Michigan (aka Lake Washing Machine.)

I sat next to Sam at the helm and somehow managed to keep myself in the seat.

And not fall off.

There were audible crashes from below in the salon.

When able, I went down to see baskets off of shelves, TV remotes on the floor and general chaos.

Now, I did secure all the items that I normally do but this trip was quite a bit more bumpy than before.

A three-hour trip usually doesn’t feel like it takes long but this journey seemed to last forever.

I even declared this the third worst day on the trip!

There are major shoals as we turned from the Gulf and entered into the Marco Island channel.

You can see waves crashing over the shoals on both sides of the channel.

It looks a bit intimidating.

Sam read the alerts about going into this channel.

One was about a boater that had run aground.

This is just what we need!

We just got put back together and now we have to worry about bumping our prop again.

So Sam hugged the reds this time (stayed close the the red channel marker) and we slowly cruised past the questionable area.

We finally made it back to the Marina at Factory Bay.

It’s a very nice marina with great wifi, free laundry and pump out service at the slips (which we didn’t need).

Since we arrived late in the afternoon, we only had time to rinse off the boat from all the salt water and have dinner.

Sam took me out to Zaza’s Mexican Restaurant.

I really needed a break from the non-stop seafood I’ve had lately – LOL.

He said it was a reward for suffering those hours on rough water.

Later, we went to the clubhouse after dinner to catch up on email and did a couple of loads of laundry.

We really enjoyed this free amenity.

Well, our stay here in Marco Island is short.

We are getting up early tomorrow to head to Key West.

Hope it’s a better day on the Gulf…