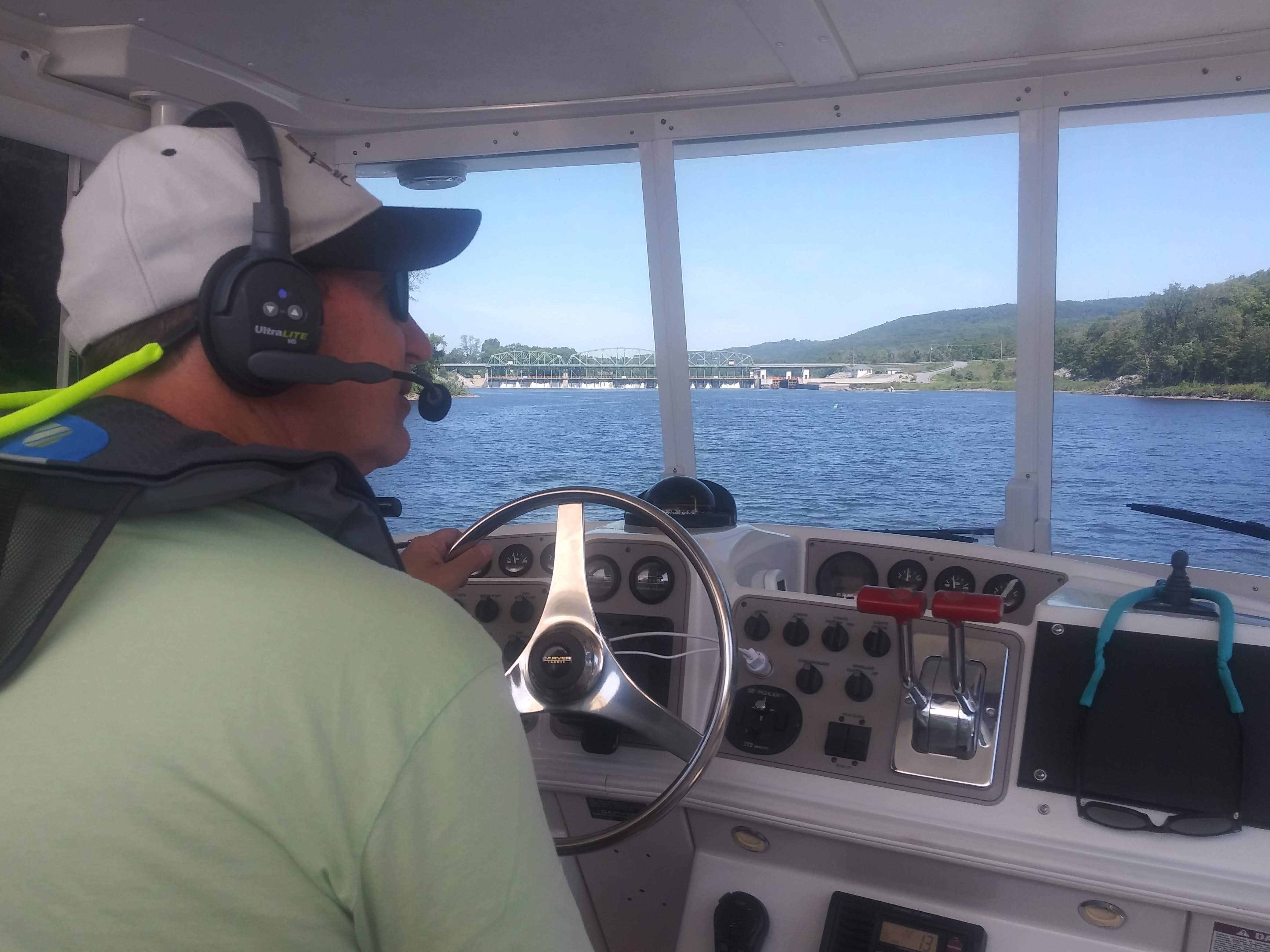 We woke up when we wanted to and since it was Sunday, we had Belgian waffles.

I created it so I could bring my Belgian waffle maker on the boat.

After breakfast, we went through our checklists and got out of Schenectady.

The weather could not have been more beautiful.

The distance from Schenectady to Amsterdam was only about 17 miles.

We took it nice and slow.

We spent three nights at the Mohawk Marina in Schenectady.

From the first day of locks.

But it was time to move on.

To get to Amsterdam, we were going to have to go through three more locks.

But you know what miraculously happened?

Those locks didn’t seem like a big deal at all.

We just went through them like we had been doing it all our lives.

I have never heard of a lot of the places that we are passing by and passing though.

I’ve been to Amsterdam but not the one in New York.

They are NOTHING alike.

We docked at Riverlink Park.

There are floating docks (accommodating 30 amp only) and then a higher sidewalk with cleats to tie up to (for 30 or 50 amps).

But if you get there after other boats have tied up, the sidewalk goes even higher and I honestly don’t know how people got on and off their boats.

There is a restaurant right there where you check in but there are also other places within walking distance.

We did hear of a report where beer bottles were thrown at boats and lines were untied just the night before.

I’m going to chalk that up to rowdy Saturday night drunks.

We didn’t have any trouble.

The biggest shock for me on this part of the trip is just how serene the Erie Canal is.

Yes, there are locks.

And I did have a good time just sitting back cruising on the other parts of the loop.

But traveling down this canal brings a tranquility that is hard to beat.

Now that I am more comfortable with locks, I like it, too.

I can’t even believe I just wrote that…