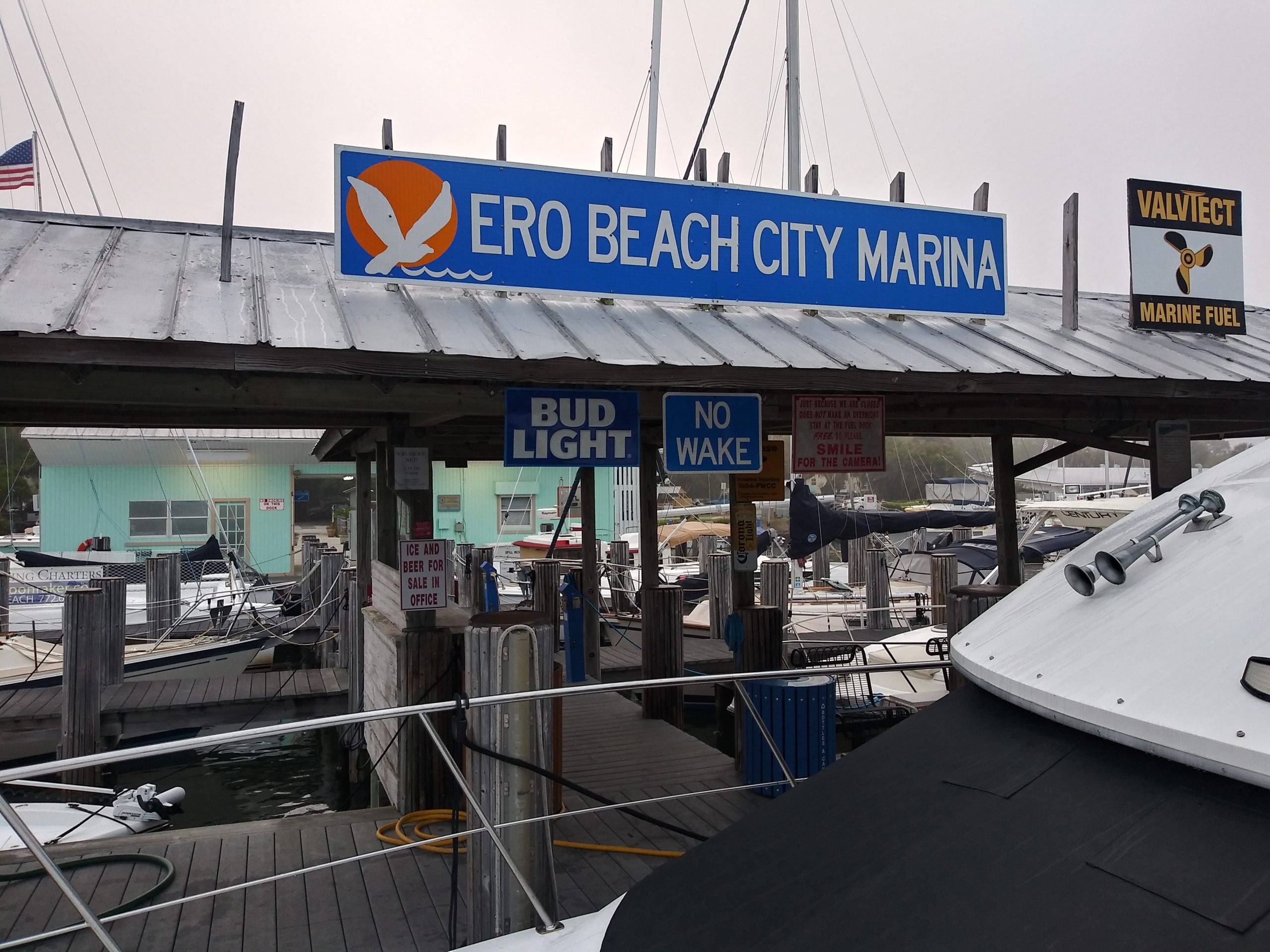 Yes, we had to get up early.

We were thankful that Vero Beach City Marina let us tie up to their fuel dock overnight but it meant we had to be gone by 7:30 a.m.

But even though we were forced to leave early, we had planned to anyway.

We were going to go to Titusville which is 74 miles away.

I don’t even have to tell you that this will be a very long day.

There are 8 bridges that we will go under but none of them will have to be opened for us.

So, we are ready for the day!

When we woke up and looked out, there it was.

Our hope was it would lift by our designated departure time.

I took the opportunity to stroll around the marina.

If fog kept us here, it would certainly keep another boat from coming in to get fuel.

As I walked back I got a glimpse of the Here’s To Us!!

And wouldn’t you know it, I had nothing to worry about.

We have been moving every day and it is finally starting to show.

First thing though before we left, we got a pump out.

After all the lines were untied, we thought we were ready.

Sam let out a yell and realized that the power cord was still attached to the dock.

We have to pay more attention or things are going to get crazy!

After moving away from the marina and going back down the channel, we took a right and got on the Intracoastal Waterway.

There were a few dolphins who wanted to say goodbye to us as we left this area and made our way back to the ICW.

I captured them in our video below.

The morning was shaping up to be a beautiful one.

You never know after fog.

And we certainly didn’t see that in the forecast.

The homes around the loop and especially Florida have been really interesting to see.

I think that these two are getting new roofs.

I’ve never seen lime-green or blue roofs before so I’m guessing they are part of the “getting a new roof” process.

We did hold our breath for this sailboat.

Thankfully, it made it under.

I would be so nervous if we were in a sailboat and had to face all of those bridges.

As we continued, the traffic started to pick up.

It’s always fun seeing birds hanging out on an island.

There were a lot of sailboats out today.

Actually, there was a lot of everything out there today.

Those fishermen didn’t even notice us.

They were so focused on their catch.

Some sailboats ran under sails and some under power.

They all look cool.

These two boats looked like they were racing each other.

Came to the Eau Gallie Bridge which was actually two separate bridges.

One bridge one way and the other bridge going in the opposite direction.

Sam radioed S/V Samantha to ask for a pass.

This has been a cruise down memory lane for Sam today.

He lived in Melbourne, Florida and worked in Cocoa Beach when he was Major Crouse.

He actually worked where Major Nelson of I Dream of Jeannie did.

But we continue on our way to Titusville.

We had been underway for six days in a row on our push to get to Jacksonville.

So, we decided to stay two nights in Titusville and breath a little.

Not a lot, just a little.

Before we got to the Titusville Marina, Sam spotted the NASA Vehicle Assembly Building on the right.

They put the space shuttles together, among other things.

Just one more bridge until we get to our destination.

I just want to be there!

I got the lines and fenders ready to dock.

What is taking so long???

The Titusville Marina was a great stop for a couple of nights.

They had great security and were within walking distance of the town.

Their customer service is stellar.

But this had a “city” dock feel to it.

Now we have seen many kinds of birds and ducks hang out on docks.

We did get to take a stroll into Titusville the next morning.

This park was on the way.

I wasn’t going to swim anyway but now I don’t even want to walk around here!

And then we noticed this sign at the park.

Sam has talked since I have known him about beano rules.

He talked about getting the beano briefing at the military bases where we have stayed.

I couldn’t understand how legumes could be involved.

“You know,” he smiles casually, “there will BE NO this or BE NO that!”

Titusville did have some interesting sights.

I love murals painted on walls that have history of the town.

They also have the American Space Museum and Space Walk of Fame and these items were out front.

I don’t know though, what their problem is with Ronald McDonald.

Well, if anyone is looking for him, he’s being held in Titusville.

We had a lovely breakfast at the Downtown Diner.

We decided to leave early the next morning.

We wanted to sleep but these two on the boat next door kept fighting. 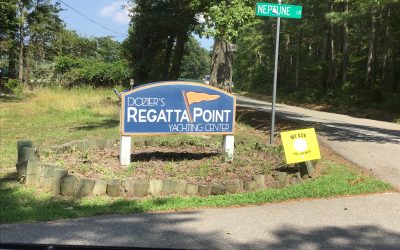 We stayed a couple of nights at Dozier's Regatta Point Yachting Center. It was a very relaxing stay. We left on a... 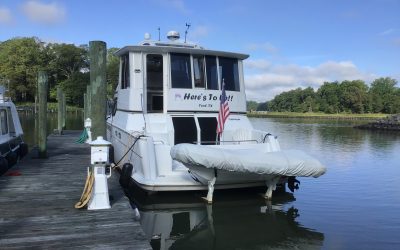 Usually, we get up when we want to get up and then going. We are trying to enjoy these last few trips as we head to... 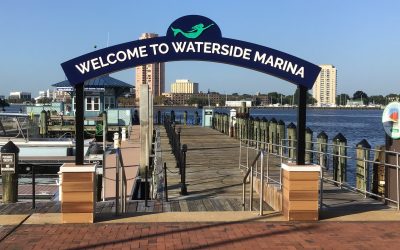 Sam and I had such a great stay in Norfolk. It’s definitely a mermaid town. These lovely statues are each unique and...